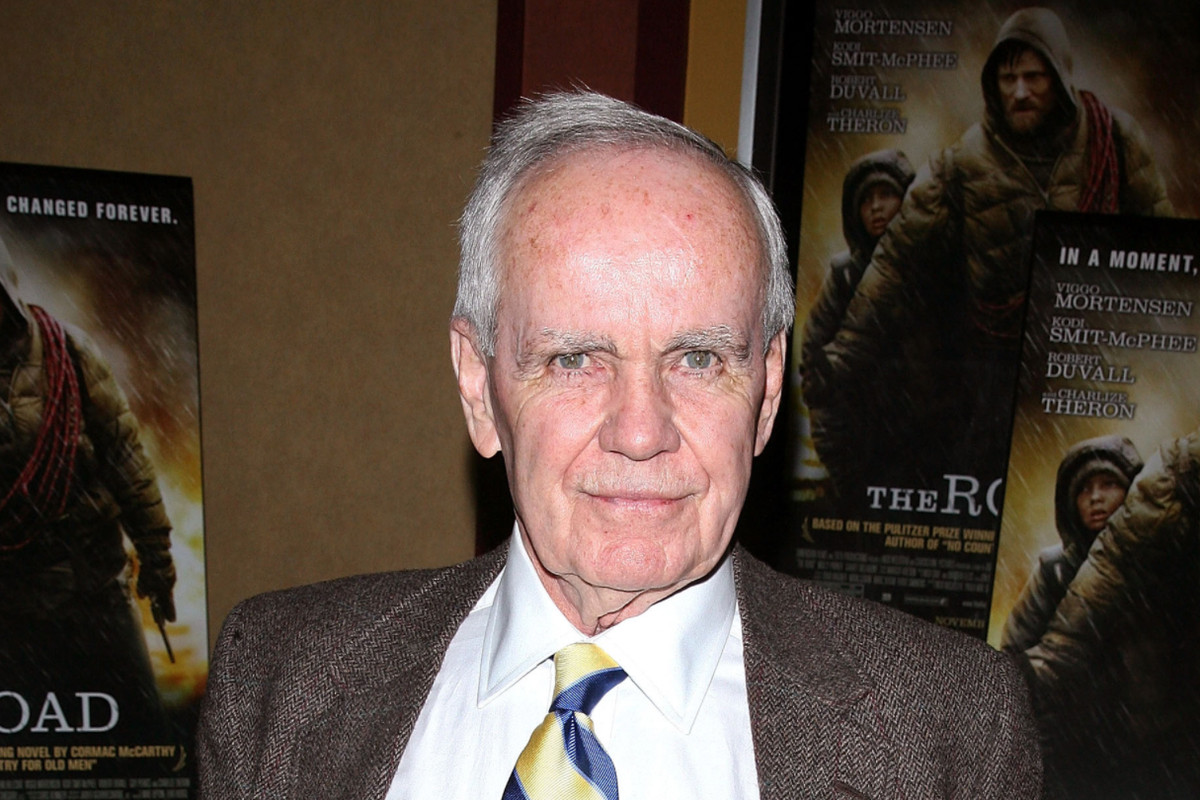 It’s been almost sixteen years since Cormac McCarthy’s published a book, but now, not one, but two novels are on the way. McCarthy, author of The Road and No Country for Old Men, is widely considered one of the most profound American authors alive, and is publishing two new novels, The New York Times reports.

Born in Rhode Island on July 20, 1933 to the original name Charles, (after his father), Cormac choose to renamed himself after an Irish High King, Cormac mac Airt, according to his official biography.

Raised Roman Catholic, McCarthy attended a Catholic High School in Knoxville, then moved on to the University of Tennessee, where he studied liberal arts. In 1953, McCarthy let UofT to join the Air Force where he served for four years. After that, he returned to school, and began to write more seriously. Shortly afterwards, he met and married Anne DeLisle, and before his first novel, The Orchard Keeper was published in 1965, he and DeLisle spent time travelling the world.

McCarthy has written several books, many of them provocative, edgy, and captivating. Child of God (1973), inspired by actual events which occurred in Sevier County, garnered polarized reviews; some praising it as wonderful, while others found it detestable. In 1979, McCarthy published, Suttree, his forth book, which took him twenty or so years to complete due to the extensive research he did. Some critics still maintain that it is his finest work. In 2005 No Country for Old Men, was released to great applause, and was later adapted into an award-winning film by Ethan and Joel Coen. Just one year later, Knopf Publishing released The Road, which won the Pulitzer Prize for Literature, as well as the James Tait Black Memorial Prize for fiction.

McCarthy’s new titles, The Passenger and Stella Maris are interlinked books, and will be released this fall within a month of each other, Oct 25th and Nov 25th , respectfully.

According to the Times, The Passenger, takes place in and around New Orleans in 1980. The story opens with Bobby, a diver exploring the wreckage of sunken jet plane not thought to be previously discovered. However, Bobby discovers something strange; it’s not what’s there that’s concerning, it’s what’s missing. The plane’s black box, the pilot’s flight bag, and the corpse of one of the passengers are all mysteriously absent.

“With the pace and twists of a thriller, the 400-page narrative follows Bobby, who is haunted by his memories of his father and sister, as he gets drawn into the mystery of the plane crash, and realizes he may have uncovered something nefarious when strange men in suits show up at his home. Much of McCarthy’s earlier work is set in the American South and Southwest, and hinges on his fascination with good and evil and humanity’s bottomless capacity for violence and vengeance. In The Passenger and Stella Maris, he tackles more cerebral subjects: the history of math and physics, the nature of reality and consciousness, whether religion and science can coexist, and the relationship between genius and madness.” Reagan Arthur, publisher with Knopf, said to the Times.

Stella Maris will follow The Passenger in Nov 2022, as a companion novel. The second book is a fictional transcript of conversations between Bobby’s sister, Alicia, and a psychiatrist. It is designed to offer a different perspective, and more insight to The Passenger.