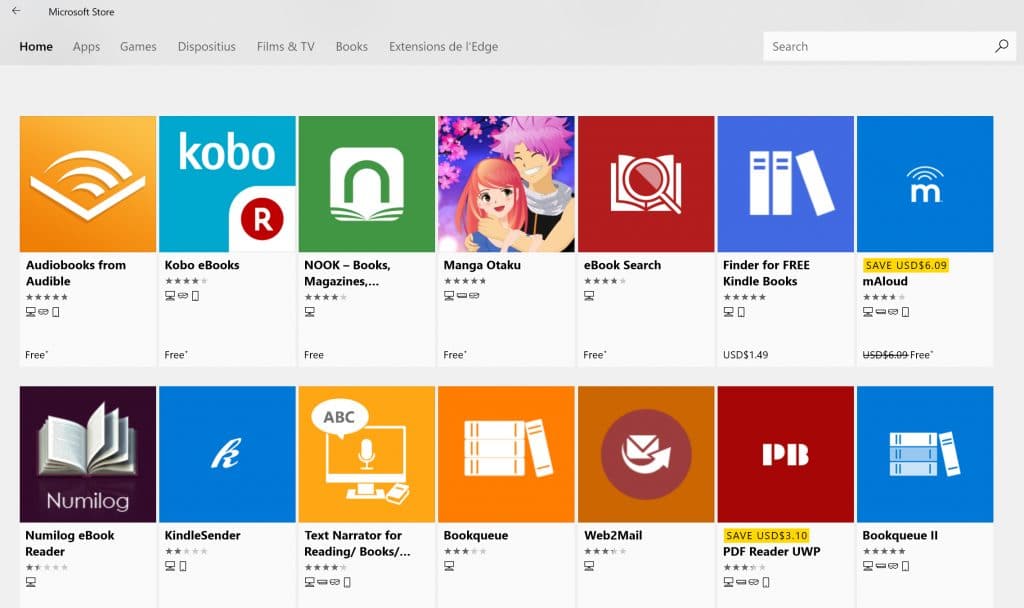 Microsoft is going to give app developers a 95% share of revenue when someone buys their app or conducts an in-app purchase. This new revenue share will the highest in the industry and is only applicable for apps on Windows 10 PCs, Windows Mixed Reality, Windows Phone and Surface Hub devices, but does not apply to games.

This new fees structure should be a boon for companies that sell audiobooks, eBooks, comics and magazines. This means that Audible, Barnes and Noble, Comixology and Kobo should make way more money than ever before.

Young startups and independent developers will also have a financial incentive to make a Windows 10 version of their audiobook or ebook app, instead of just relying on the Apple App Store or Google Play.