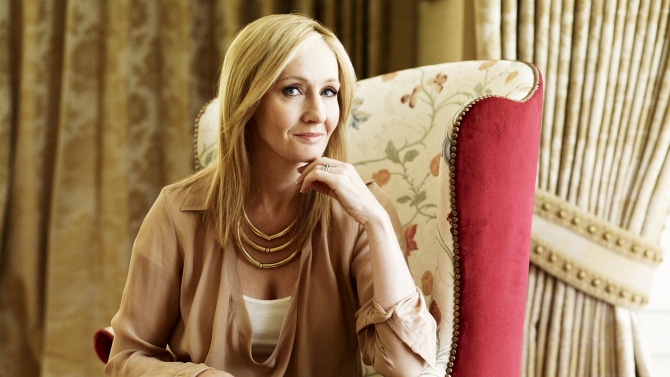 Backing up, Rowling is bar-none one of the most successful authors of our times. When you take into consideration her self-published Harry Potter ebooks, she’s also by far one of the most successful indie authors. She recently made history for not just being such a wealthy author, but for being the first billionaire in history to lose her billionaire status strictly due to her charitable giving.

In other words, it’s good to be JK Rowling.

So it was bound to happen that readers would rise up against her at some point for her work, namely her recently released three-book series of Harry Potter shorts. The issue? Much of the content in those new ebooks–despite the nearly $3 price tag–contains previous writings found for free on the Pottermore and Harry Potter Wiki sites.

What is mind-boggling is that Rowling is being trashed on social media for publishing what amounted to her blog posts in a condensed, portable format. Her company has issued a statement that said not only was the decision made for portability and better access (especially for those readers who can’t access the Pottermore site), but that it was at the request of the readers themselves.

One similar scenario is the ultra-low tech binder full of dietary information that was once known as Special Diets for Special Kids. Every bit of the content–practically verbatim–was available for free on the company’s website. They even said so, and encouraged you to browse their site before ordering the book. So why would parents pay $30 for a three-ring binder of printed out information? Because it was convenient, portable, shareable, and more accessible. That book has now received such acclaim and support that its first and second volumes are combined into a far more industry standard version released by a traditional publisher; it’s even more economical now, as it’s no longer being produced in-house at the request of people who didn’t want to make dietary decisions for their allergy-stricken kids by booting up the computer and trying to connect to the internet via dial-up modem.

So is Rowling being held to a higher standard than other authors and publishers? Or are readers right to be outraged over paying for content they could have read for free (and probably already had)? The only answer may be that this is another example of a game-changing author doing things her way once again. And it’s worked for her pretty well so far…