You are here: Home / Digital Publishing News / Newsweek Will Transition Publication into a Purely Digital Format 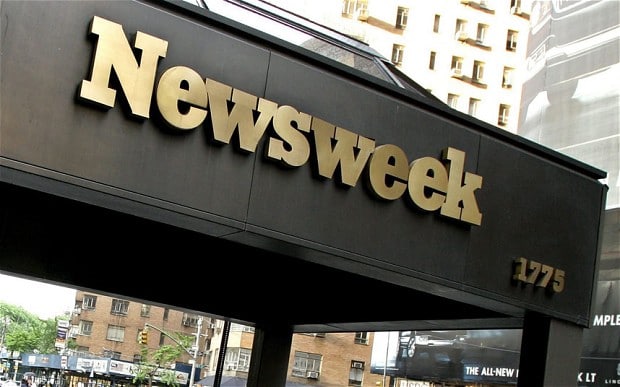 Newsweek is going to print its last issue on December 31st and then switch to an exclusive digital format. After 80 years of traditionally printing and distributing the magazine, the company decided to gravitate towards the ebook realm.

The new digital model will see a new paid subscription service called Newsweek Global. It will be available to purchase on e-readers, tablets, and mobile phones. There are few details on the tiered subscription model, but the company is in dire need of a new financial model. Newsweek is projected to lose 22 million dollars this year, mainly due to falling advertising costs. The company lost 16% of its advertisers in 2011 and a further 20% in 2010. Its parent company is IOC, which owns CollegeHumor, Ask, and Match.com, and knows a thing or two about pure digital distribution.

In a letter to employees, Editor of Newsweek Tina Brown said, “We are transitioning Newsweek, not saying goodbye to it. We remain committed to Newsweek and to the journalism that it represents. This decision is not about the quality of the brand or the journalism, that is as powerful as ever. It is about the challenging economics of print publishing and distribution. The inexorable move to an all-digital Newsweek comes with an unfortunate reality. Regrettably we anticipate staff reductions and the streamlining of our editorial and business operations both here in the United States and internationally.”