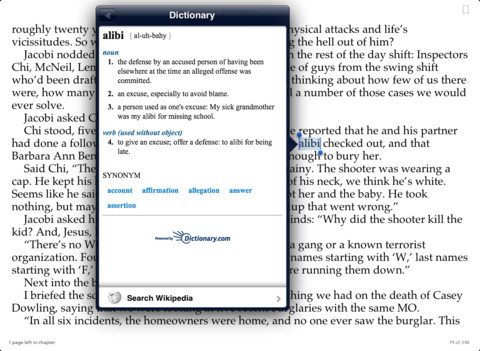 Overdrive has finally released its eagerly anticipated “Big Data” report on digital library usage and metrics.  The company intends to regularly release statistics on over 19,000 libraries that reach 219 different countries.

In March 2012, five million visitors viewed 146 million pages in 12.6 million visits to the Overdrive website.  The average ebook catalogs hosted more than 408,000 visits each day. It also seems that when people browse the library system to find books, they are doing it randomly and not looking for anything specifically. Over 60% of all users browsed in this way and their most popular searches for a specific genre were  romance  fiction, mystery and suspense, historical fiction, and science fiction and fantasy.

The Digital Shift reports that “Visitors to OverDrive-hosted digital catalogs generated more than 630 million ebook cover impressions, of which the top 30 titles generated more than 21 million views. Ebooks topping one million views each include Explosive Eighteen, The Help, Litigators, and, not surprisingly, The Hunger Games. The Girl with the Dragon Tattoo, Game of Thrones, and the Harry Potter series also appear among the top ebooks viewed and held. Top audiobook holds include The Hunger Games, Catching Fire and Mockingjay.”

One of the most interesting aspects of this report was the time of day that people decided they wanted to checkout a new book from their library. Visitors are most active from 8-9 p.m. in their respective regions, followed by the 7 p.m. and 10 p.m. windows. As to how they’re browsing, nearly half (49 percent) sign on from Windows computers. But iOS, the operating system for iPhones, iPads, and other Apple portable devices, came in second with an impressive 28%, and Android at a fairly woeful 5%.

What countries account for the most active users that patronize the Overdrive library system? The United States remains the most active and vibrant community for reading digital books with 86% of all borrowed stemming from that country. The top market areas include New York, Seattle, Philadelphia, Chicago, and LA. Only this year did major libraries in Canada start to implement the digital system and Canada only accounts for 10% of all checked out books.