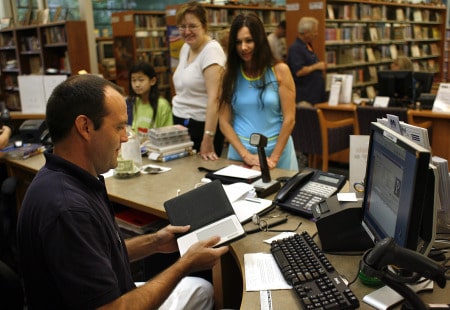 Overdrive is the main company libraries use in the USA, Canada, Australia, and the UK in order to download books. There has been some negative sentiment lately due to the fact that Penguin is pulling all new titles from the company because they feel giving the books away undervalues the authors work. Overdrive does have a number of major companies still supporting ebook lending such as; Random House, HarperCollins, John Wiley, Harlequin Romance, Kensington, Perseus, Sourcebooks, Scholastic, Chronicle, among others, and hundreds of their best-selling authors strongly support and are partnering with OverDrive to build stronger connections to library eBook readers. Overdrive spoke out today laying down the framework for new initiatives and agreements it has in place to continue staying relevant.

Aside from new content partners they have made changes to the new WIN system that was released last year. 60 different libraries now have the ability to allow readers to easily discover titles from the digital media catalog and instantly link to online booksellers offering the title for sale. Obviously with most libraries they only have a few copies of the latest bestsellers available and sometimes the waiting list is huge. This new BUY IT NOW service will help patrons shop around for the best deal among many different booksellers.