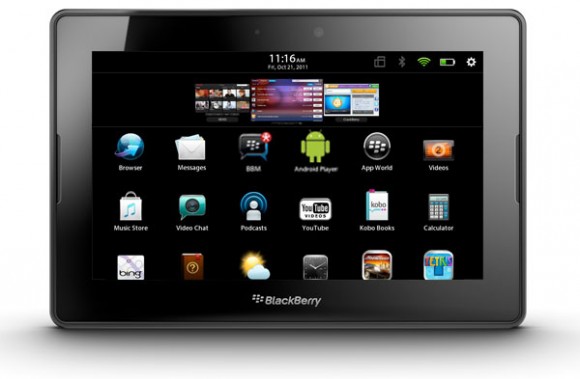 RIM isn’t confirming any of this, though unconfirmed sources say the PlayBook OS 2.0 will be officially unveiled February 21st. RIM has declared that the much awaited software update for the PlayBook device is in advanced stages of development and an official announcement is due anytime now, as Feb 21st isn’t too far away. Also, among the goodies bundled with the OS 2.0 is native email, calendar, and contacts apps. Unfortunately, BBM will be out of the package. Until the release, you will be able to make use of it via the bridge. An update of the Bridge is also pending, a highlight of which will be its ability to control the PlayBook remotely.

While all of this sounds good, the recent developments around RIM has brought back some enthusiasm with the PlayBook. The tablet itself wasn’t the most preferred device to buy not too long ago, though that seems to be changing fast thanks to a series of discounts and promotional schemes that worked to push sales of the otherwise beleaguered tablet. Now, with the OS 2.0 Update on its way, the PlayBook might be right back in the thick of things and be in a position to call the shots. However, RIM has to be careful with one aspect, and that is the price of the tablet device itself.