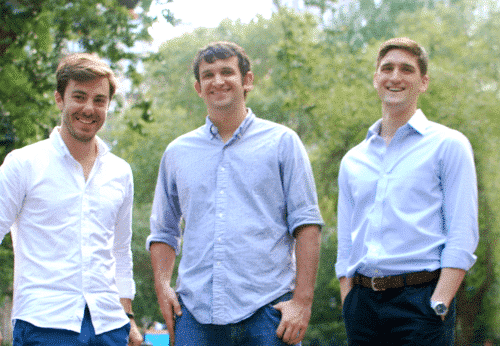 Oyster has noble ambitions of being the Netflix or Spotify for digital books. They have just raised over three million dollars in venture capital funding to make this a reality. The intention is to offer thousands of eBooks available to read on a monthly basis for a annual subscription fee.

Many other companies have claimed to be the Netflix of eBooks, but have never gained any traction in the industry. The best they have offered is niche titles and have never appealed to mass market trade. Oyster wants to offer mainstream fiction and non-fiction eBooks.

In an interview with Digital Book World the founders said “We try to be very thoughtful about what makes sense for both publishers and authors, and have crafted our product and model to align with that,” said the company’s CEO Eric Stromberg of himself and the two other co-founders, adding that they’re relatively new to the world of publishing. Stromberg has held positions at a start-up called Hunch that was acquired by eBay and as an adviser at venture capital fund Founder Collective; Andrew Brown, another of the co-founders, has held positions at Google and Microsoft; and the third, Willem Van Lancker, has spent time at Google and Apple.

To announce the new funding the company mentioned on their website “We’re thrilled to welcome Founders Fund as the lead investor in our first round of financing, joined by a group of leaders from technology, media, and books. This is not cause for celebration in itself, but rather ensures we will have the opportunity to build a company that accomplishes what a few months ago only existed as sketches on a whiteboard and notebooks full of ideas.”

The big company everyone wants to emulate is the Kindle Lending Library, which most big publishers have supported. This is mainly due to the annual fee of $75 and the one book per month maximum. Oyster wants to give you as many books as you can read, but has not disclosed which publishers have signed on.

There is growing trepidation in the industry if a Netflix for eBooks service could ever be realized. Big publishes are stepping away from this type of approach, with the mentality that low-prices devalue the authors and publishers.  To be fair, pilot projects have been launched recently, such as the business books that HarperCollins announced yesterday.

To be honest, the founders have a high pedigree which it comes from the tech industry but being in the e-Reader and eBook professional for over five years, I have serious doubts about this. I remain very adamant that NONE of the big publishers will ever sign up for this and even indie sites like Smashwords and even a John Wiley would be hesitate about this new endeavor.