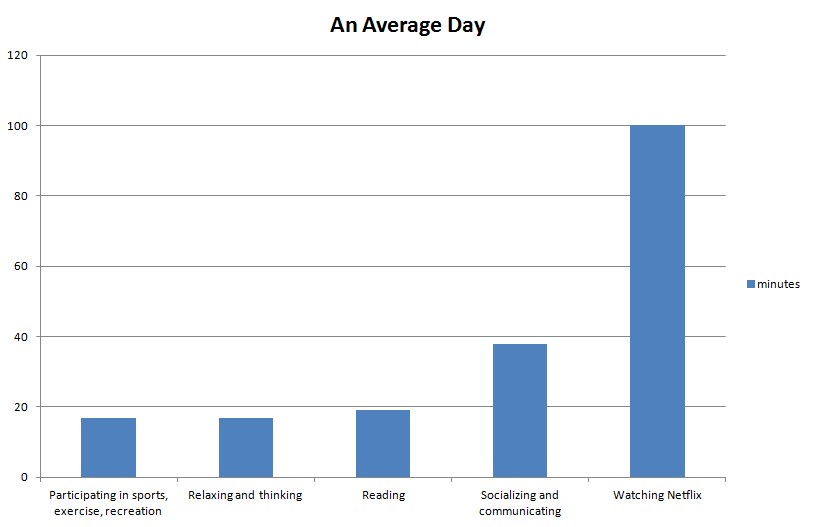 The average American reads 12 books a year, but this figure is in a state of decline. A recent survey by streaming data site CordCutting.com suggests that Netflix users tend to spend two hours a day watching television programs and movies. That doesn’t sound all that bad until you factor in a few figures from the US Bureau of Labor Statistics. On average, Netflix users spend 20 minutes a day reading newspapers, magazines, e-books or novels and 40 minutes socializing with friends.

As poorly as friends rank in our daily schedules, they still outperform “reading,” “relaxing and thinking,” and “participating in sports, exercise, recreation.” The average American spends just 17 minutes a day exercising, which means that we Netflix subscribers spend about six times longer watching Netflix each day than we do exercising. No wonder we don’t want our friends to see us!