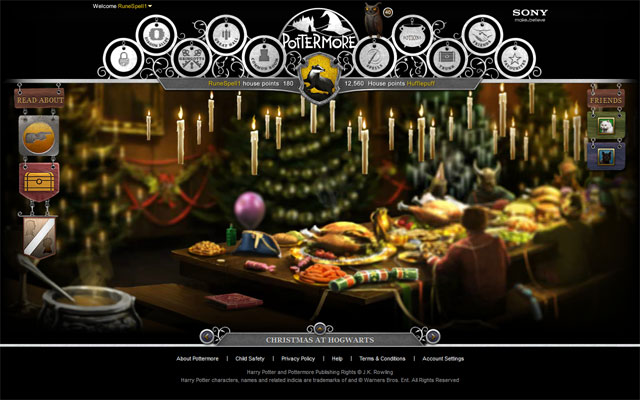 The seven month old Pottermore website pioneered by seminal author J.K. Rowling is officially launching to the public in April. The company has apparently ironed out all the kinks through the one million users that have used the website since the exclusive beta program launched last year.

Harry Potter fans will be going mad for Pottermore, which is an online destination for fans to live their lives in the world of wizards. The main draw is that you will play a character alongside Harry Potter and his band of magical associates. It is fully interactive and features mini-games, animations, stories, and adventures!

So make sure you keep your browsers locked to our website and we will report the day it goes live. We heard the first week of April everything is ready to go.