You are here: Home / Commentary / Publishers Should Lower The e-Book Price When The Paperback Is Released 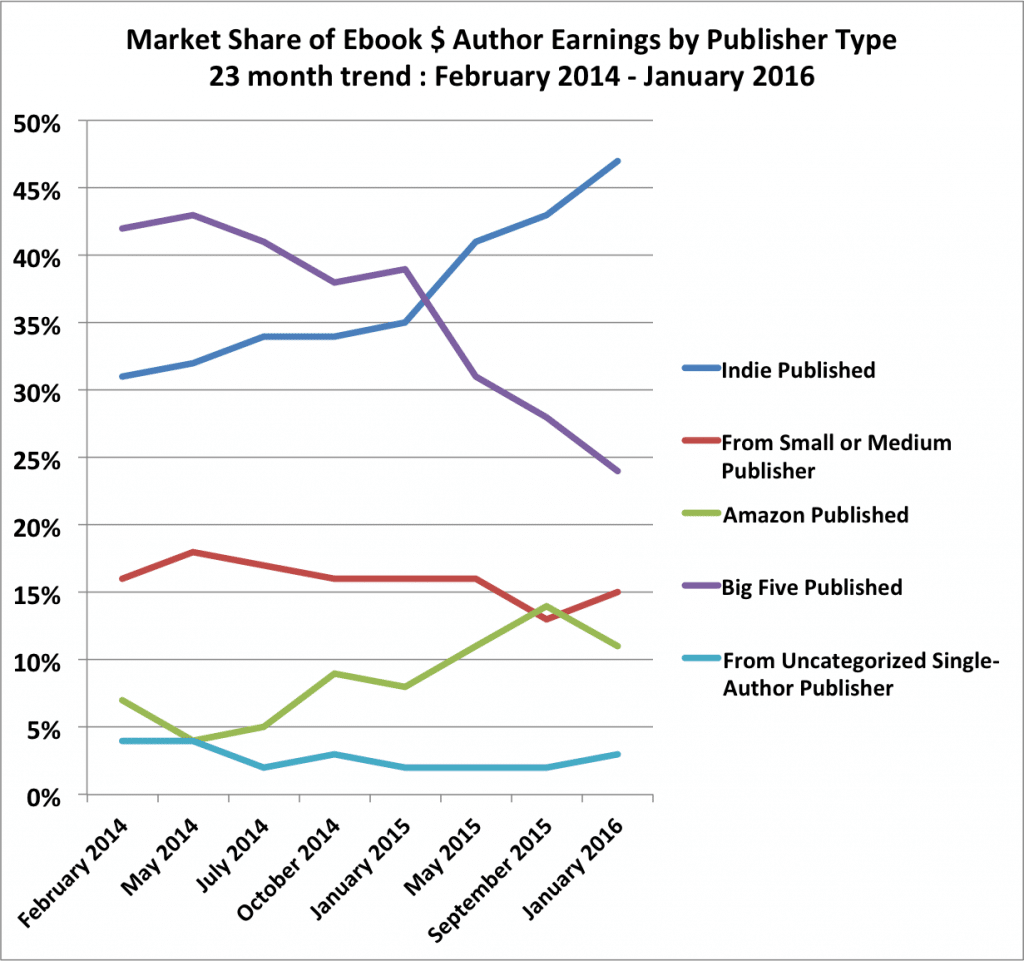 Major publishers always release the hardcover and e-book at the very same time. The hardcover normally retails for anywhere between $25 and $35 dollars and e-book ranges from $12.99 to $19.99. Six months after the hardcover is on the market the paperback version is released and you can expect to pay anywhere between $9 and $12.99. One of the big problems the publishing industry is facing is regarding the digital edition’s price over time, the price never changes.

The standard price of an e-book has changed over the last few years. Amazon has trained their Kindle customers to pay $9.99 per e-book and this created a boom period in sales. Publishers wanted a larger piece of pie and managed to convince online retailers that they should be the ones who established the end cost and limited the ability for said retailers to discount the titles for a competitive advantage.

Publishers taking control over the price of e-books has created a negative backlash. e-Book sales have fallen 13% in 2015 and this trend has continued into 2016. Four of the big five publishers have admitted to sales falling between 2 and 4 percent in the first three months of the year. It seems as though e-reader, tablet and smartphone users are simply buying less digital books.

I think publishers need to be able to adjust the price of a book when the paperback version is released. Sadly, there are no automatic tools to make this happen on Amazon, B&N, Kobo and other retailers. The prices have to be changed one by one, which is why we are not seeing a lot of movement on the overall price. Publishers are going to have to hire some entry level positions or get some interns to change the prices or by the end of 2016 we will see e-book sales fall another 12 percent, which means in the last two years they would have fallen 24 to 25 percent, which is totally unacceptable.