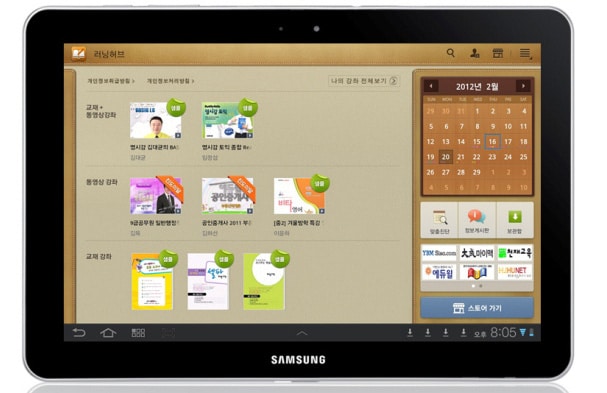 If you have a Samsung phone or tablet you are fairly familiar with the Reading Hub, which focuses on reading and features apps like Kobo and Zinio. Today the company announced that it was working on a new Hub called the Learning Hub. It will focus on educational content from tons of different schools and universities.

The Learning Hub is partnering for the official launch with over 30 major universities to provide lectures and digital textbooks. These all will be available free and hopefully inspire people to learn something new.  You can problem solve your days away via the interactive materials, automatic scoring, incorrect notes, such as learning management capabilities to support a self-guided learning environment.

Samsung intends to offer a firmware update for all of its existing tablets and phones for this new program within the next few months. Any new device released will have it bundled with this new service. The company intends on making a full unveiling of this during next weeks Mobile World Congress.