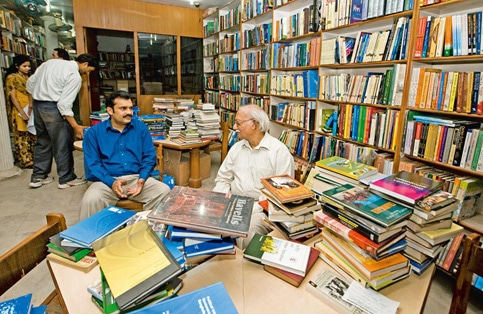 The above figures have been made available by Nielsen BookScan India, who has been monitoring book sales in India and has attributed “the steep growth in volume during the second half of 2011” to the release of Chetan Bhagat’s title Revolution 2020.  Introduced in the fourth quarter, the book went on to notch up sales figure of 280,000 while Only Time will Tell by Jeffrey Archer hit the fifth spot in the charts with more than 48,000 copies sold.

In the adult non-fiction category, the segment grew by 36 percent in value terms and 41 percent in volume with I Have a Dream by Rashmi Bansai and Steve Jobs biography by Walter Issacson being the top draw here in 2011. The two titles sold more than 49,000 and 44,000 copies respectively.

Among the other genres that witnessed impressive growth are the Children’s, Young Adult, and Educational books, which recorded an increase in volume by 27 percent. Similarly, the segment grew in value terms by 38 percent during the first half of 2011.

The growth story in India can be summed up in the words of UK indie Oneworld’s publisher Juliet Mabey who said:

“India has become one of our strongest markets since moving our distribution to Penguin India last year, with sales increasing 500%. It is now challenging the Middle East in terms of net sales. For such a large and diverse country, the arrival of Amazon will certainly increase our sales further.”

“It remains to be seen how strong the take-up of English-language e-books will be in South Asia generally, but it is such a dynamic, rapidly changing region that I suspect this market will grow very rapidly.”

As a sign of the growing appetite for books in the country, many of the biggest players in the publishing industry from all over the world have either set up shop in India or are in the process of doing so. So while big name publishing houses like Simon & Schuster, Lonely Planet, agent Aitken Alexander, and the Hay Festival are in the process of settling down in India, others such as Bloomsbury have announced its India operations would kick off in May 2012. HarperCollins, Hachette, Macmillan, and Random House have also been here for a while, and Penguin is celebrating the 25th anniversary of its presence here in India.

However, India is not yet a saturated market for e-book readers or tablet devices, and with the growth of reading, the growth of electronic reader sales is expected.