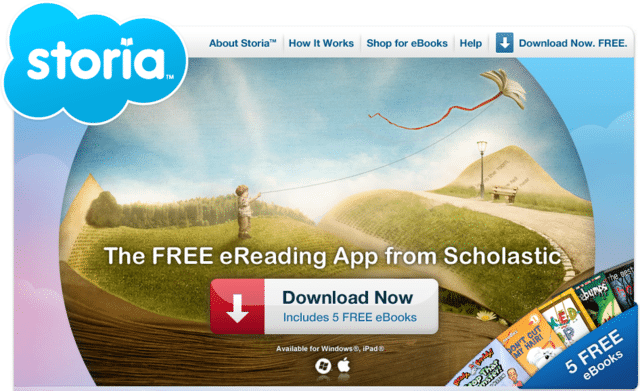 Scholastic announced a new deal with Albert Whitman & Company (one of the most established children’s publishers best known for their large collection of picture books, novels, and non-fiction titles) to offer a selection of books on the Storia platform. New ebooks will be available on the teacher-recommended e-reading app for kids at the beginning of spring in 2013.

Scholastic’s Storia offers more than 2,000 titles for kids from toddlers through teens with more content being added weekly.  Storia was recognized by Warren Buckleitner with the “Editor’s Choice Award” for children’s ebook apps and most recently was named one of the “Top 10 Best High-Tech Toys” of 2012 and one of the “Top 100 Best Toys” of 2012 by Dr. Toy.

Among the Albert Whitman & Company titles to be offered on Storia are When I Feel Angry (written by Cornelia Maude Spelman, illustrated by Kathy Parkinson), Lulu and the Duck in the Park (written by Hilary McKay, illustrated by Priscilla Lamont), A Kiss Means I Love You (written by Kathryn Madeline Allen, photographs by Eric Futran), Miss Fox’s Class Goes Green (written by Eileen Spinelli, illustrated by Anne Kennedy), among many other fiction and nonfiction titles.