You are here: Home / Audiobook News / Scribd fixes a bug that lets you read and listen to everything 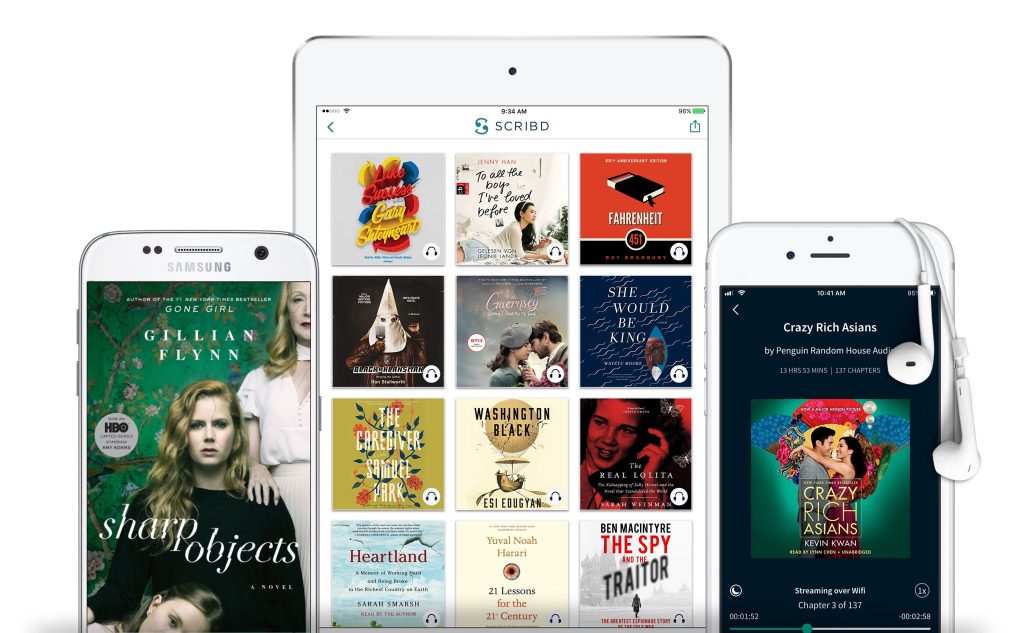 Scribd made their algorithm more aggressive last month and started to throttle users more stringently. There was a bug in the system that allowed you to bypass the throatting system when a book or audiobook was added to your saved titles list. You could access dozens of titles in your list and have full access to them all. Scribd has since solved this bug and gave a rundown on what happened on their blog.

In order to try and stem the controversy surrounding their unlimited platform they said “We don’t own any of the books or audiobooks included in Scribd; instead, we have agreements with publishers that allow us to make them available in our service. The reason we include an asterisk next to unlimited* is because we must occasionally and temporarily limit the available library on Scribd to pay publishers and authors fairly for their work in a way that’s sustainable.”

They went on to say “Please know that we are constantly working with our publishing partners to reach agreements that will allow us to make as much content as possible available to our members while we continue to fairly compensate authors.”

I think in order to make their limiting system more palatable they are trying to appeal to your sense of reason. The company is at the mercy of the dastardly publishing industry and think authors should be compensated and treated fairly, so they must limit your account.