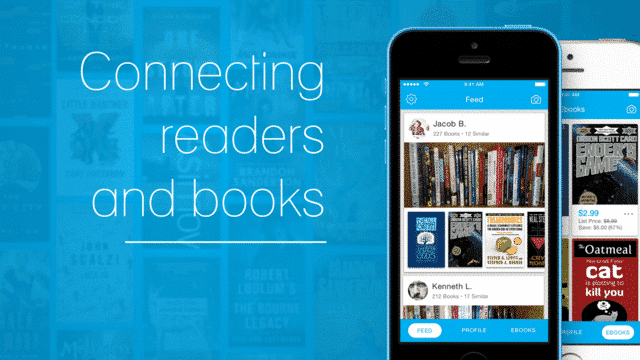 Shelfie is an app whereby you can take a picture of your bookshelf and get a list of all of the audiobooks or e-books you can get discounts on. The app has proven to be very popular with people who want the digital version on their smartphone or tablet and not pay full retail price. The Vancouver based company has just updated their app with a new book recommendation engine.

Amazon is the world’s biggest book retailer, but despite billions in sales and millions invested, the best they can do is “people who bought this also bought”. But, have you ever found a book you’d like to read while browsing a friend’s bookshelf? We do every time!

At Shelfie, we think that the best book recommendations come from two things: 1) the full picture of the books you actually own, not just the ones you bought online, and 2) the way that readers naturally organize their books.

Starting today, the Shelfie app (free on iOS and Android) includes personalized recommendations. Take a photo of your bookshelf (yes, a “shelfie”) and the app will produce a personalized list of recommendations based on how tens of thousands of your fellow readers have shelved millions of books.