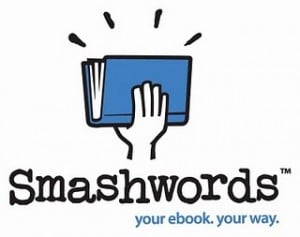 A number of authors opened their email inboxes yesterday to a pleasant surprise: the payment of old royalties from ebook publishing and retail site Smashwords. These royalties, typically within the one dollar to nine dollar range, had not been paid (in some cases, for years) because they didn’t meet the minimum threshold for payment; it’s important to note that a lot of other retailers have to maintain a similar payment structure in order to keep their business operations sane. Suddenly though, authors popped up all over social media to share their good news…and unfortunately, to speculate on what was prompting so many low-end royalty payments.

The immediate assumption from many authors was that Smashwords might be going under, or at the very least being bought out. After all, it’s been a rough few months in the indie publishing industry, with the closing of several big name companies. But it speaks to the company’s strong reputation among its authors and readers that the honorable thing would be handled before any closing of doors. It places the company in far better public perception than AllRomanceEbooks, which recently shuttered its doors amidst reports from authors that it would not be paying them their final royalties and telling readers to hurry up and download their purchased libraries or lose them forever.

Fortunately, GoodeReader reached out to Smashwords’ founder and CEO for comment, and the emailed reply indicated that this was not only a sign that the company staying put, but that the move to pay out back royalties is a sign of good things to come:

“This is great news for our authors and publishers. We’re paying faster than ever. Next month we move to monthly payments from quarterly. Ahead of that, this month we eliminated the prior $10 minimum threshold for PayPal. I’d say that’s a sign of strength. We’re doing this because we can and because it’s the right thing to do. Yet another reason for authors to work with us.”

One of Coker’s many long-standing beliefs is that publishing as a whole simply functions better when authors and readers alike have options. When one entity–in Coker’s industry, that would be Amazon–maintains iron-fisted control over the marketplace, then everyone stands to lose. Whether anyone agrees or disagrees with the viewpoint as it specifically relates to Amazon, it’s good to see that this mindset is working for both the company and the industry.