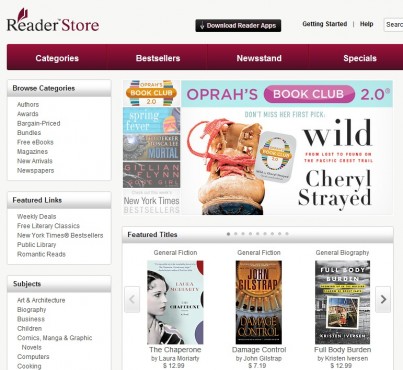 Sony has just upgraded its internet based ebook store, making it a bit simpler to use. If you have an existing Sony e-Reader with wireless internet access, any purchases you make online will automatically be synced to your device. The store is compatible with most major browsers, such as Safari, Firefox, Internet Explorer, and Chrome.

Most people do not have the Sony PRS-T1 or 950, the only readers issued that have wireless internet access. These days many people are traipsing around with their tablet and smartphone, or reading on their computer.  The new Sony online bookstore gives you the ability to purchase books online and have them delivered to the revised Android apps. This was an important move to revise the Android App and to upgrade the online store, but it still lacks in comparison to other ecosystems on the market, such as Kobo, Amazon, and Barnes and Noble.

Honestly, Sony is really behind the curve when it comes to the development of its online bookstore and apps. I visit every major digital publishing and electronics event and Sony has never had any kind of presence when it comes to books or e-readers. It remains a total afterthought to the company, so much so that its booth at Book Expo America 2012 was really disappointing. It had one e-reader and both of their tablet computers, but the booth manager had no knowledge about the recent UK expansion or any thoughts about today’s news. There is no social media intergration and Sony’s latest e-reader has problems accessing Google Books.

If you are still a Sony user, you can checkout the newly revised Sony Book Store HERE.