Welcome to another Good e-Reader eBook preview! Today at look at the slew of new books coming out from every major publisher! We know hundreds of books come out every month and we just focus on the ones we get the most feedback from. These are writers that span many notable genres, so there should be something for everyone!

In his most explosive thriller yet, bestselling author Steven James delivers a multi-layered storytelling tour de force that not only delivers pulse-pounding suspense but also deftly explores the rippling effects of the choices we make.

The Queen is a techno-thriller that will leave you breathless, offered by the author Publishers Weekly calls a “master storyteller at the peak of his game.”

Charlaine Harris has topped the bestseller charts and has become a nationwide phenomenon, thanks to the unconventional—and otherworldly—life of Sookie Stackhouse. Now, in her own words, Sookie gives readers a look at her family, friends, enemies, adventures, and, of course, the lovers who set her world on fire…
Readers will:
Tour Bon Temps, the small Louisiana town that Sookie calls home, and visit the houses of her Gran and her sometime vampire lover, Bill
Prowl around the werewolf and were-panther communities
Browse through her best friend Tara’s dress shop
Belly up to the bar in Merlotte’s, where Sookie works
Get must-have Bon Temps recipes-including Caroline Bellfleur’s famous chocolate cheesecake
Test themselves with trivia questions from the series

As brutal as the undead he hunted, Zacarias De La Cruz was a master executioner. Over the long, dark centuries, he plunged into so many battles they blurred into an endless lifetime of evil that hardened the soul of this merciless, ruthless, and implacable dark predator.

Now his stark and savage journey is over. After a thousand years in a grey world, he has accomplished everything he set out to do. His brothers are safeguarded. Each has found a woman who completes them. And they are at peace. For his brothers, Zacarias has walked the edge of madness, but with centuries as a killing machine now left to the past and without a hunt to define him, Zacarias wonders, for the first time in his life, who he really is.

The answer awaits him back home in Peru, in the betrayal of a woman who is readying her trap, in the vengeance of an old enemy, in the inevitable consequences of a bloody family legacy, and in the deliverance of a lifemate he never could have imagined. 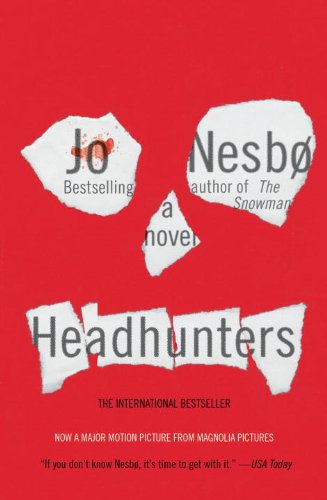 With Headhunters, Jo Nesbø has crafted a funny, dark, and twisted caper story worthy of Quentin Tarantino and the Coen brothers. FIRST TIME PUBLISHED IN THE U.S. NOW A MAJOR MOTION PICTURE FROM MAGNOLIA PICTURES.

Roger Brown is a corporate headhunter, and he’s a master of his profession. But one career simply can’t support his luxurious lifestyle and his wife’s fledgling art gallery. At an art opening one night he meets Clas Greve, who is not only the perfect candidate for a major CEO job, but also, perhaps, the answer to his financial woes: Greve just so happens to mention that he owns a priceless Peter Paul Rubens painting that’s been lost since World War II—and Roger Brown just so happens to dabble in art theft. But when he breaks into Greve’s apartment, he finds more than just the painting. And Clas Greve may turn out to be the worst thing that’s ever happened to Roger Brown. 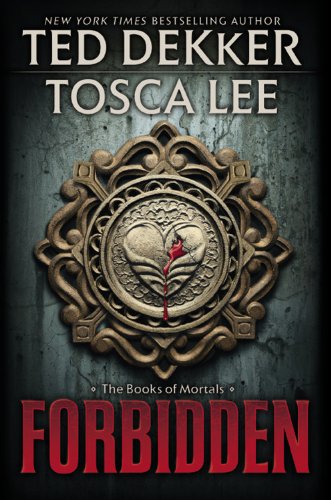 A terrible truth has been revealed to one man: the entire human race has been drained of every emotion except one— fear. To bring life back to the world, Rom must embark on a journey that will end either in his own demise or a reawakening of humanity. But to bring love and passion back into existence will also threaten the powers of the world with the revolution and anarchy that had nearly destroyed them previously.

After happening upon a journal through strange circumstance, Rom’s world is shattered. He learns that humanity long ago ceased to “live,” that it exists today in a living death of emotions. In a terrible risk, Rom exposes himself to the vial of blood folded into the old leather of the journal. His change is fearful and fraught with mind-bending emotion. A once-pious observer of the Order’s passionless statues, he is filled with uncontrollable impulses. He is filled with love. He is undone, terrified, and alone in the desolate world. 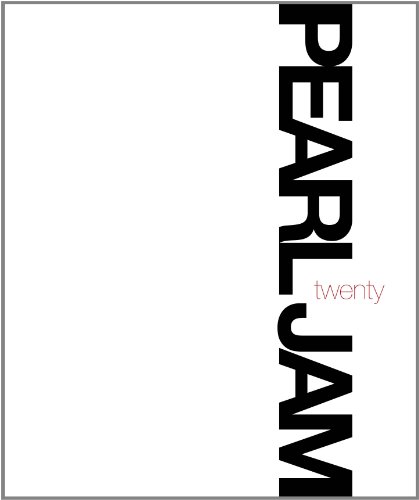 In 1991, Pearl Jam’s debut album, Ten catapulted the little-known Seattle-based band into superstardom. Then, at the height of their popularity, the band shunned the spotlight, refusing to shoot videos or do interviews. Even as Pearl Jam’s studio albums continued to be critically acclaimed and commercially successful, selling over 60 million albums worldwide, the inner workings of the band—their day-to-day routines, influences, and motivations—remained unknown even to their diehard fans.

Twenty years later, this is their story. Pearl Jam Twenty is a treasure trove of behind-the-scenes anecdotes, rare archival memorabilia, and the band’s personal photos, tour notes, and drawings. Told with wit and insight in the band members’ own words, and assembled by veteran music writer Jonathan Cohen with Mark Wilkerson—and including a foreword by Cameron Crowe along with original interviews with legends and contemporaries like Bruce Springsteen, Neil Young, and Dave Grohl—this intimate work provides an in-depth look at a group of musicians who through defying convention established themselves as “the greatest American rock band ever.”

Twelve years ago, Eve Dallas was just a rookie NY cop when her instincts led her to the apartment of Isaac McQueen, a man she discovered to be a sick murderer and paedophile, who was keeping young girls in cages. Now a homicide Lieutenant, Eve is one of the most distinguished officers in the city—and then she learns that McQueen has escaped from jail. Bent on revenge against Eve and with a need to punish more “bad girls,” McQueen heads to Dallas, Texas—the place where Eve was found as a child, the place where she killed her own abusive monster when she was only eight years old. With Eve and Roarke in pursuit of McQueen, everything is on the line and secrets from Eve’s past are about to be shockingly revealed.

Having fled to British Columbia decades ago to avoid the draft, Richard Forthrast then amassed a fortune transporting marijuana over the border to Idaho. Now he spends his time playing a power-wielding online fantasy game and his money buying viral gold and other necessaries from Chinese gold farmers and, finally, launching his own techie start-up. Alas, one of the gold farmers sets off a virtual war for dominance that could be the end of Richard. 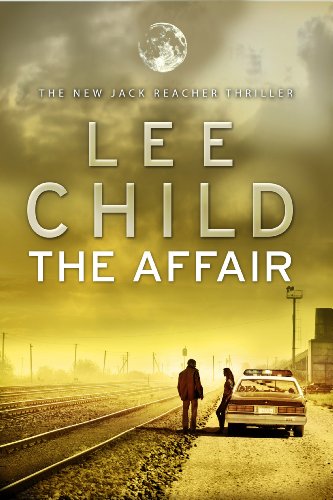 For elite military cop Jack Reacher, that somewhere was Carter Crossing, Mississippi, way back in 1997. A lonely railroad track. A crime scene. A coverup.

A young woman is dead, and solid evidence points to a soldier at a nearby military base. But that soldier has powerful friends in Washington.

Reacher is ordered undercover—to find out everything he can, to control the local police, and then to vanish. Reacher is a good soldier. But when he gets to Carter Crossing, he finds layers no one saw coming, and the investigation spins out of control.

Local sheriff Elizabeth Deveraux has a thirst for justice—and an appetite for secrets. Uncertain they can trust one another, Reacher and Deveraux reluctantly join forces. Reacher works to uncover the truth, while others try to bury it forever. The conspiracy threatens to shatter his faith in his mission, and turn him into a man to be feared.

A novel of unrelenting suspense that could only come from the pen of #1 New York Times bestselling author Lee Child, The Affair is the start of the Reacher saga, a thriller that takes Reacher—and his readers—right to the edge . . . and beyond.