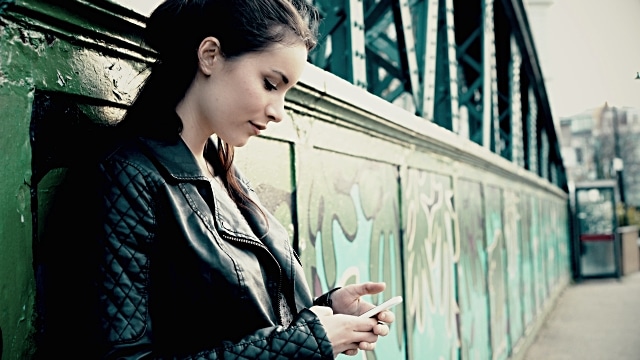 The big new trend in digital publishing in 2016 is serialized novels that are delivered to you via an app or directly to the email inbox. Large publishers and a number of startups believe that most people do not read complete novels on their phone, but do have time to read a chapter a day.

Serialized fiction first gained prominence in Victorian England and first appeared in newspapers. It was practiced by such literary giants as Charles Dickens, Leo Tolstoy and Joseph Conrad.  It fell out of favor in the last fifty years, but in recent years has made a rebound thanks to the phone that is always in our pockets.

Penguin Random House is responsible for one-quarter of all books published in the United States. The publisher is bullish about serialized fiction and has just launched a new initiative called Season of Stories.  It features content from authors such as Anthony Marra, Chimamanda Ngozi Adichie, Adam Johnson, Elizabeth McCracken and others. Every week readers receive a new story each week via email and at the conclusion of each story, readers will have the option to purchase the book.

Earlier this year Simon & Schuster developed a new iPhone app called Crave, that lets you subscribe to your favorite author and receive bite sized updates of new novels every 24 hours. Crave makes reading e-books more enjoyable for people who are too busy to breeze through a full length novel. Since only bite sized chunks are delivered on a daily basis, it is a great way to kill some time when you are waiting for transit to arrive, on your break or have a few minutes to spare during the day.

Romance publisher Harlequin has also jumped on the bandwagon with their new app, BookBreaks. BookBreaks is an ingeniously useful new access point for the main websites tremendously popular Online Reads content—serialized romance stories with new chapters available daily or weekly. More than 300 online reads—with more added monthly—are accessed every day by almost quarter of a million readers. Book Breaks presents users with the ability to search across this vast collection of romances stories for the perfect tale by mood, free time or favorite author.

Once a story has been selected, readers are provided with additional details, including a plot description, the number of chapters released, the next chapter release date, a link to the chapter list and related reads. Users also have the ability to set notifications (ensuring they stay up-to-date on content they want to follow), read multiple stories at once, add favorites to their list, get recommendations based on favorite reads/authors and share stories with friends.

Not only is serialized fiction a huge priority for major publishers, but other companies are starting to focus on this as well.

The seminal hit Downtown Abbey has ended,  but the creator of the franchise is not going to be retiring anytime soon. Julian Fellowes has released ten serialized e-books that focus on the Victorian era. The most interesting aspect of this new initiative is that you won’t be able to buy them from Amazon or Kobo, instead you have to download an app called Belgravia. Each serialized novel also includes bonus features like character portraits and period fashions.

Apple has also put the spotlight on serialized novels and has been hyping up PigeonHole and Serial Reader, both of who deliver classic novels into bite sized snippets directly to your iPhone.

One of the disadvantages of delivering free content to readers smartphone and tablet is that it is hard to track how many reads they are getting. All of the publishers and app developers have this data, but are not sharing it publicly. The fact that so many new initiatives have launched in 2016 leads me to believe that sending out free content is a great way to keep readers engaged with reading digitally.  In the end, I think the entire concept of delivering serial content is a great way to introduce readers to new authors and drive sales to their other titles.