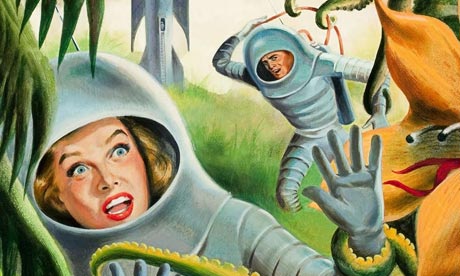 The New York Times is initiating a new book review system for science fiction and fantasy called Otherworldly. This will be a bi-monthly column by N.K. Jemisin and will likely introduce readers to new authors and put the spotlight on emerging titles you will want to read.

.Jemisin, an acclaimed author in the genre, said in an email interview that she couldn’t recall her first experience as a science-fiction fan because “I’ve been interested in fantastical material since I started reading. I never stopped.”

Jemisin said the genre was “cemented” as her favorite when she read books by Octavia Butler and Ursula Le Guin as a young teenager. “These books were a revelation,” she said. “At last I saw that there was a place for people of color, women and other genders, poor people, queer people, the disabled and more, in the future or in myth.”

In a recent Good e-Reader poll, 766 people weighed in on their favorite e-book genres and the most popular was science fiction and fantasy. It captured 22.85% of the overall vote, which basically equated to 175 people.