You are here: Home / E-Book News / These Are the Best Books of 2016 According to Bill Gates 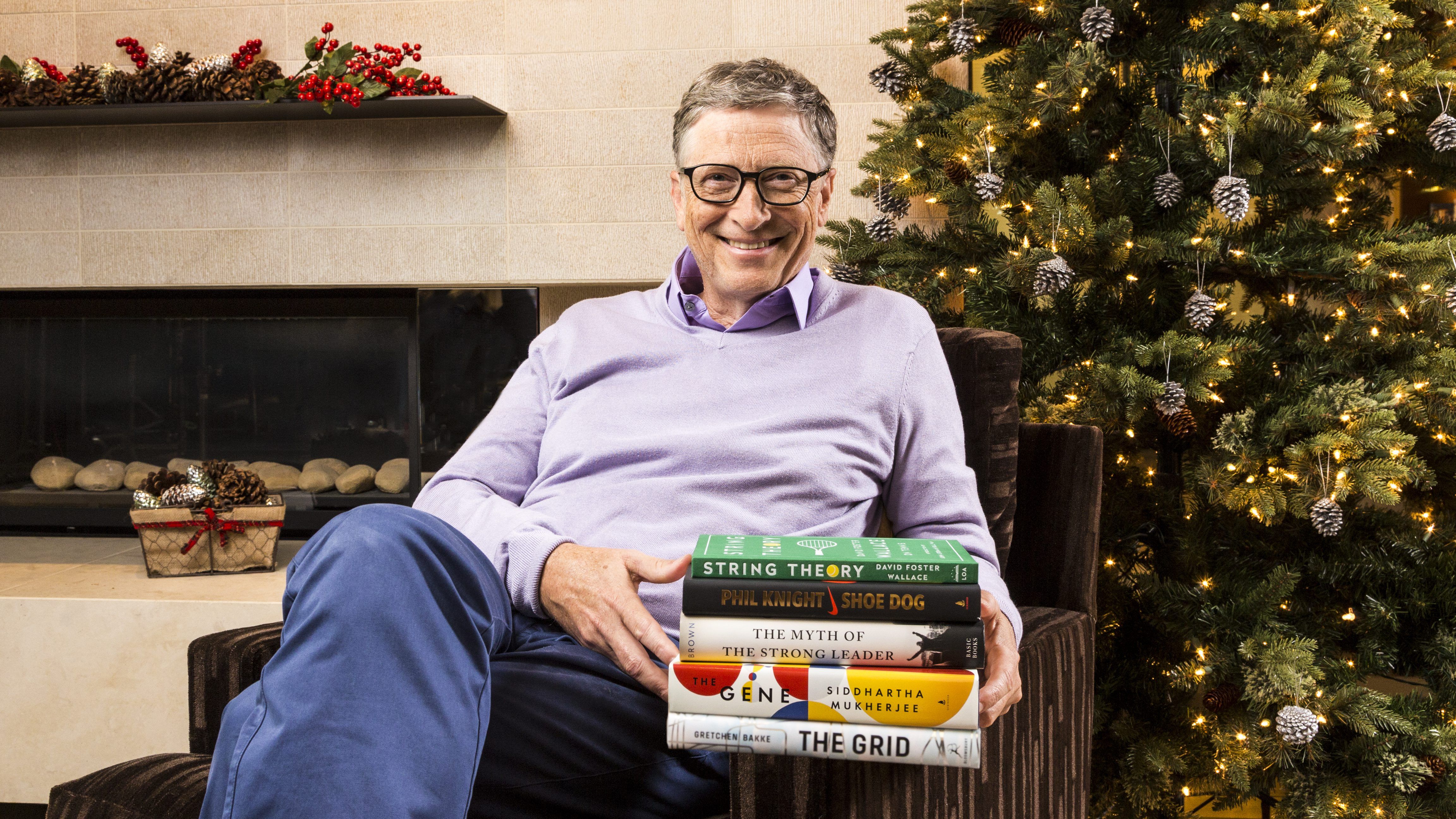 When Bill Gates stepped down as the CEO of Microsoft it gave him lots of time to read good books and do the odd review. Every year he posts his top recommendations on his blog and this year there are a number of really good reads.

Gates says he’s on a “big Wallace kick” right now. He jokes that the late writer’s collection of essays “will make you look super smart” on a train or plane, as you’ll appear to be reading about physics, even when you’re reading about tennis. Gates said “As much as I loved the book for its insights on the game, I loved it just as much for the writing itself. I now understand why people talk about David Foster Wallace with the same kind of awe that tennis fans use to talk about a Roger Federer or Serena Williams. Wallace’s ability to use language is mind-blowing. He’s an artist who approaches a canvas with the exact same oil paints everyone before him has used and then applies them in breathtaking new and creative ways.”

Phil Knight recalls how, newly out of business school, he borrowed $50 from his father to start the company that would become Nike. It’s an “honest reminder” of the messiness and mistakes required for success in business, Gates says, praising Knight for his vulnerability and frankness: “Knight opens up in a way few CEOs are willing to do. He’s incredibly tough on himself and his failings. He doesn’t fit the mold of the bold, dashing entrepreneur. He’s shy, introverted, and often insecure. He’s given to nervous ticks –snapping rubber bands on his wrist and hugging himself when stressed in business negotiations.”

The Myth of the Strong Leader, by Archie Brown

Political scientist Archie Brown challenges the idea that those with the most dominant ways of speaking make good leaders, and puts forth an argument for cooperative figures of power. Writes Gates, “Brown could not have predicted how resonant his book would become in 2016.” He says: “Whereas most books about political leadership are chronologies, mapping the rise and fall of leaders over time, this one is more of a taxonomy. Brown takes a deep look at the traits and tendencies leaders exhibit, and the categories they fall into, as a way of understanding the egos, motivations, and behaviors responsible for so much progress, and so much suffering, in the world. Throughout, he presents a new way to think about today’s challenges – and the people we entrust with solving them.”

The Gene: An Intimate History, by Siddhartha Mukherjee

New genome-editing tools are technologically incredible and ethically flummoxing. Gates turns to oncologist Siddhartha Mukherjee’s book for a guide to the context of the gene. He writes of his favorite section, “Post-Genome: The Genetics of Fate and Future”: “Within 10 years, it will be possible for clinicians to use genome editing to help people with diseases caused by a single faulty gene, such as cystic fibrosis—an unquestionably ethical use of this new technology. But what about making the repair in egg or sperm cells to save people from developing these diseases later in life? This form of therapy could be highly effective, but it would mean that children born from these sperm or eggs would pass along their genetically modified genomes to their own children—altering the human germ line and crossing an ethical Rubicon.”

The Grid: The Fraying Wires Between Americans and Our Energy Future by Gretchen Bakke

Cultural anthropologist Gretchen Bakke reimagines the US’s electrical grid for contemporary values and with new energy sources in mind. Writes Gates: “Even if you have never given a moment’s thought to how electricity reaches your outlets, I think this book would convince you that the electrical grid is one of the greatest engineering wonders of the modern world. I think you would also come to see why modernizing the grid is so complex and so critical for building our clean-energy future.”