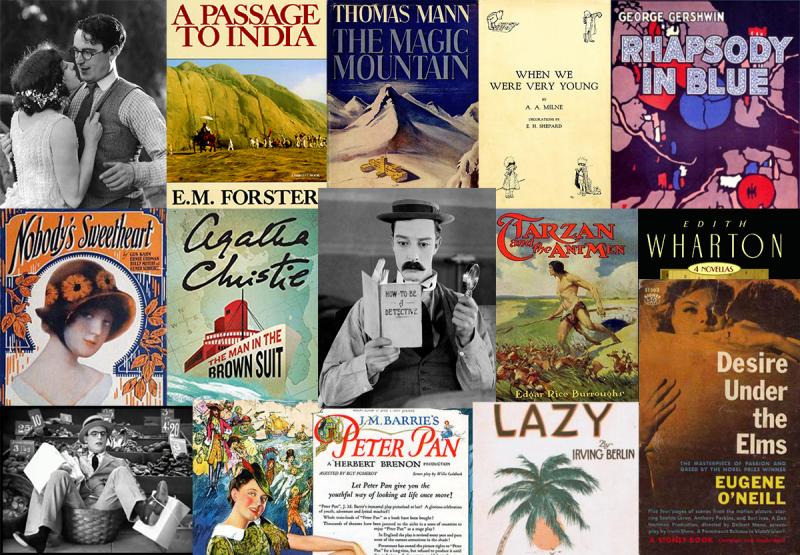 Thousands of new books are now in the public domain from 1924, after being copyrighted for 95 years. This includes classics like George Gershwin’s “Rhapsody in Blue,” Thomas Mann’s The Magic Mountain, W. E. B. Du Bois’s The Gift of Black Folk, Buster Keaton’s Sherlock, Jr. All of these titles and more will be available in ebook form on various online retailers and services such as Project Gutenberg.