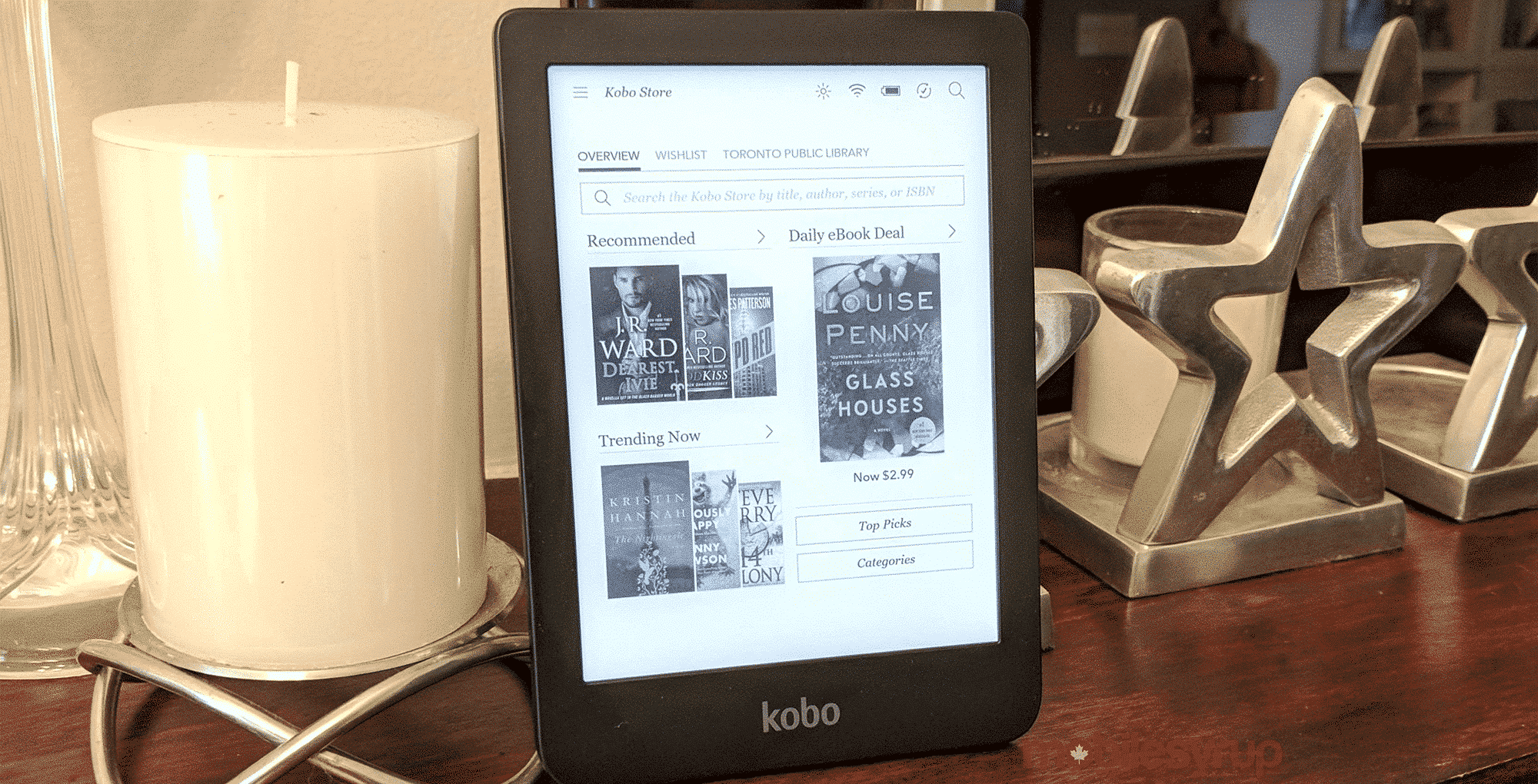 Most of the companies in the e-reader space, tend to devote all of their marketing budgets to advertising their most expensive devices. There is a large number of people who want to buy an e-reader, but don’t have hundreds of dollars to spend on a device. What are the best cheap e-readers to buy that still provide a great experience?

Amazon Kindle Basic – The basic entry level Kindle was refreshed in 2019 with some pretty compelling features. It has a brand new E Ink Carta display, whereas all of the other Kindles employed E Ink Pearl, which came out in 2010. It also is employing a front-lit display, which is ideal for reading in the dark, but unlike smartphones which are backlit, this technology has LED lights on the bottom of the bezel that projects light evenly across the screen. This e-reader can be purchased for $89

Kobo Clara HD – The Kobo Clara HD is a brand new six inch e-Reader that is the spiritual successor of the Kobo Aura Edition 2 and the Kobo Glo HD. It has a front-lit display so you can read in the dark and the same Comfortlight PRO orange LED system as the Kobo Aura One employs. The 300 PPI screen makes cover art and text look razor sharp, this is primarily due to new firmware this device employs. This device is really affordable, which makes it a very solid entry level digital reader. This device costs $129.

Kobo Aura Walmart Edition – Walmart is the lone distributor for Kobo in the United States. In order for Walmart to sell more ebooks, they have just launched the Kobo Aura Walmart eBooks Edition, which actually has the Kobo store preloaded on the device.  The Exclusive Walmart Edition is selling for a paltry $69.00, which is sure to appeal towards a large number of shoppers. Walmart is also continuing to sell the normal version of the Kobo Aura, but it is significantly more expensive,  almost double – $128.80.

Barnes and Noble Nook Glowlight 3 – This e-reader originally came out in 2017 and it is still available on the BN website. You can get a refurb for $89 or buy it new for $119, although it tends to go on sale lots, so  you can normally buy it new for $85.  This device had a number of innovative features for its time, such as the page turn buttons that can skip ahead a chapter with a double tap or rapidly turn the pages of an e-book by holding it down. It also the first Nook to incorporate a comfortlight system that mutes the white screen and turns it orange.

Tolino Shine 3  -In late 2017 Kobo purchased the Tolino ecosystem from Deutsche Telekom.  The deal gave Kobo full control over the hardware and software of the Tolino brand.  The other members of the Tolino Alliance still sold ebooks via the Tolino Bookstore and sold Tolino e-readers in their retail locations. This device is basically a rebranded Kobo Clara HD, except it has a number of ebook retailers you buy from and plays nicely with a number of public libraries. It is available for $119.

Onyx Boox Poke Pro – The Poke PRO features 6 inch E-Ink Carta HD display with a resolution of 1072×1448 with 300 PPI. The screen is not flush with the bezel and has a small dip.  This device has a front-lit display and color temperature system, to give a candlelight effect. Underneath the hood is a  quad-core 1.6GHz processor with 16GB of storage space and 2GB of RAM. The other big difference with the Pro model is that it is using Android 6.0, while the regular Poke has Android 4.4. It is powered by a 2500 mAh battery and also has USB-C and WIFI. This device has Bluetooth, which makes it compatible with audiobooks and music via wireless headphones or a stereo speaker. It has Google Play and Android 6.0, it retails for $159.

Likebook Mars – When it came out in late 2018, it was the most powerful e-reader in the world. It features a 7.8 inch  E Ink Carta touchscreen display with a resolution of 1782×1448 and 300 PPI. The Mars has a front-lit display with 17 LED lights, the vast majority of them are white and the rest are orange to give a candlelight effect. Many e-readers that have a color temperature system have two different sliders, one for each. The Boyue has one slider that controls the luminosity of the white LED lights and if you hit the moon button you can control the brightness of the candlelight effect. I like this condensed approach, it minimizes the amount of space the lighting control system takes up.

Underneath the hood is a 8 core 1.5 GHZ processor with 2GB of RAM and 16GB of internal storage. This is the first e-reader ever made with an octa-core processor. It also has support for Bluetooth, WIFi, 3.5mm headphone jack, but doesn’t have built in in speakers. The Mars has a SD card, capable of  128GB of additional storage. It retails for $187.