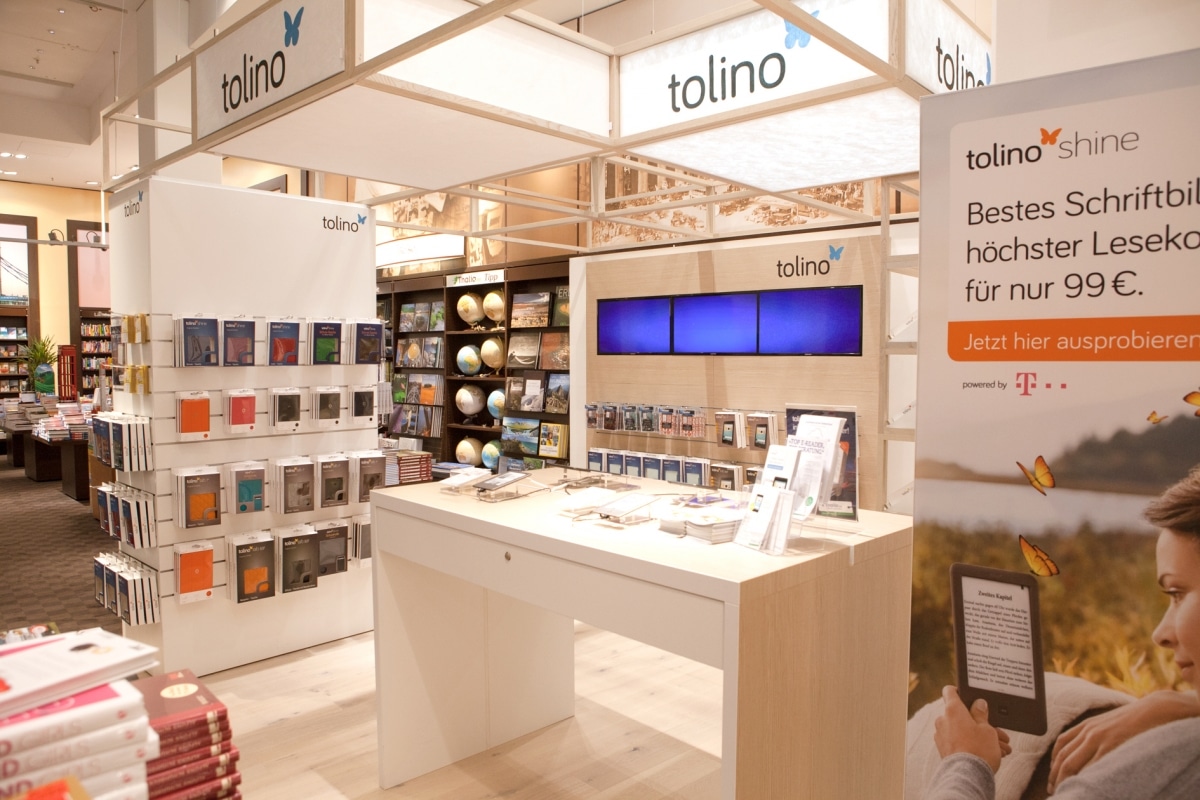 Kobo has officially purchased the Tolino ecosystem and all assets will be transferred at the end of January 2017.  The transaction is still pending approval from the German Federal Cartel Office.

Deutsche Telekom looks back positively on the excellent collaboration with the book retailers. “We are proud to have contributed to tolino’s success as its technology partner. Together, we were able to make the tolino product an established name in the eReading market with its open ecosystem and tolino devices, which rank highly in many recognized tests. Having successfully developed a digital eReading ecosystem on an equal footing with strong US-based competitors, it is now the right moment for Deutsche Telekom to divest the platform business that we have built up over the last four years with substantial investment and effort. We are therefore delighted that the founding partners of tolino stand fully behind our decision to sell the tolino ecosystem to Kobo as the alliance’s new technology partner,” said Felix Wunderer, Vice President of ePublishing at Deutsche Telekom.

“Together with our partners from the German book trade, we intend to continue to enhance the tolino ecosystem for its many dedicated customers,” said Michael Tamblyn, CEO of Rakuten Kobo. “This acquisition allows us to bring Rakuten Kobo’s experience with collaborating with book retailers around the world to the tolino alliance. This is the coming together of two strong pure-play eBook platforms, and we look forward to bringing even more capability and competitiveness to the tolino offering. We look forward to working together as their technology partner to attract even more people from German-speaking countries to digital reading.”

CEOs Michael Busch (Thalia), Sikko Böhm (Weltbild) and Nina Hugendubel (Hugendubel) from the book retail founders of the tolino alliance honored Deutsche Telekom’s contribution as a key factor for the success of tolino today and are now looking forward to working with their new technology partner, Kobo, with the hope of strategic advantages for the tolino brand. “Readers, book retailers and publishers in Germany will benefit from the best of the tolino world and the best of the Kobo world merged under the tolino brand. We look forward to working together and further expanding our markets,” said Sikko Böhm. Michael Busch added, “Kobo and tolino both share a commitment to an open and dedicated eReading system. By pooling our experience and expertise, we will continue to contribute to tolino’s success in the German-speaking world.” “The handover of the ecosystem to Kobo is a sign of the advanced market development: Having found a perfect partner in Deutsche Telekom to establish the business, our next step with Kobo is to grow further and in particular to uphold and expand the international eReading standards,” according to Nina Hugendubel. “We owe a special thank you to Deutsche Telekom, without whom we would not have become a provider on a par with international competitors,” the partners all agree.

No changes for tolino customers: all services remain

For both tolino and Kobo customers, the change of partner does not alter anything. They will still be customers of their tolino bookstore and be able to use the same services as before. The established tolino brand remains one of the leading eReading brands for the German-speaking region. And the customers will benefit from the usual free access to the hotspots, the tolino app and tolino cloud.

It is business-as-usual for retail booksellers of both the tolino and Rakuten Kobo ecosystems. As well as the founding partners, the tolino service continues to be available through all associated partners of the alliance such as Osiander, Mayersche Buchhandlung and the more than 1,500 book retailers that participate in tolino via the wholesaler Libri.