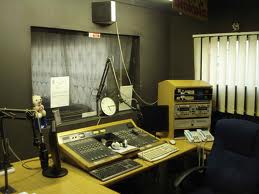 As the publishing industry becomes more and more financially streamlined, authors of every genre and publishing model are taking on more responsibility for promoting their books through social media and online outlets. Facebook author pages, book blog tours, and guest blogging on established sites are invaluable sources of publicity to push a book.

One often overlooked opportunity for necessary free exposure comes via the wealth of online blog radio shows that are available on a wide variety of topics. As the need for more interesting content rises to keep up with the listeners’ interests, radio hosts find themselves constantly seeking out willing interview subjects. Indie authors can use these interviews as a chance to further their book sales with minimal effort in terms of marketing.

Casey Ryan (@CuttingRoomMRB), host of The Cutting Room Floor online radio show, began his online broadcast program by focusing on reviews of independent films but quickly found that having an interview subject on the air with him made for a more dynamic show that received more listeners. He also discovered that indie writers were often the unsung heroes of the film industry, who made for vibrant interviews that garnered a lot of downloads for his show.

“Authors opened up a whole new demographic for the audience,” says Ryan of his interest in interviewing authors. “Not a lot of people automatically think of a novelist when they think of the entertainment industry. Allowing indie authors the chance to tell their own stories and the rationales behind why they became writers and why they write gives them the chance to express themselves in a medium they might otherwise not embrace.”

Ryan hosts his show live on Sundays at noon, but often finds himself with enough great material to incorporate one or two more shows throughout the week thanks to the connections he makes on sites like Twitter. While the incorporation of author interviews gives some hosts great fodder for a program spot, the benefits to the author are invaluable in terms of how much potential online exposure can result.

“It’s an extra collateral for their promotion kits, since their names appear on websites and their Google search count goes up. The radio clip provides them with some exposure they can spread to other outlets. Writers who already have a strong fan base can gain even more coverage as their fans spread the links via their social media sites. Best of all, a lot of fans really think it’s great to finally get to hear what some of their favorite authors actually sound like,” adds Ryan.

“There is no shortage of programs out there that need authors to interview. And publishers love to see that there was a fan base who listened in because you were being interviewed. It’s a different kind of marketing without just using one specific social media platform. It’s something a little bit out there, so it gets attention. Authors who can strike the right balance on a radio show can find fellow social media people to champion them by sharing the link to the show in their social media connections and conversations. This kind of promotion is worthwhile for everyone involved.”