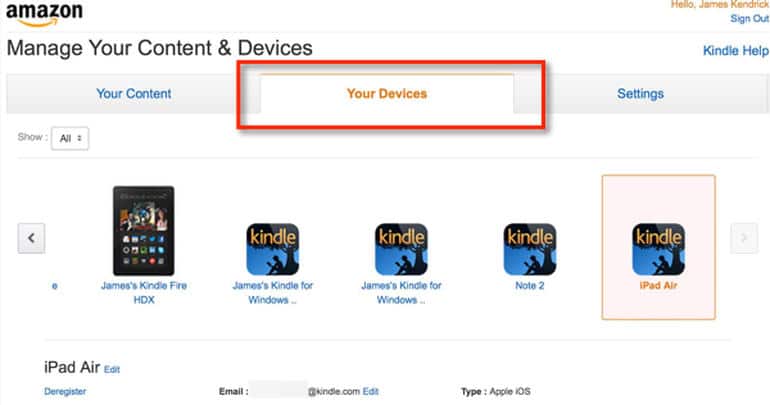 Did you know that when you purchase a Kindle e-book it is possible to exceeded the number of devices that can read it on? If you go above a certain threshold you will have no recourse but to call Amazon to reset the e-Book license.

The average Kindle e-book from a major publisher has six devices it can be loaded on, but I have seen some only allow two of three. This goes against the Amazon philosophy where you can read e-books on the Kindle Cloud Reader, apps, e-readers and Fire tablets.

How do you know how many times a Kindle book can be read on multiple devices before you have to buy it again? If you scroll down to the Kindle details page it will tell you and if there is no field that says “Simultaneous Device Usage,” you can assume its the default, which is six. 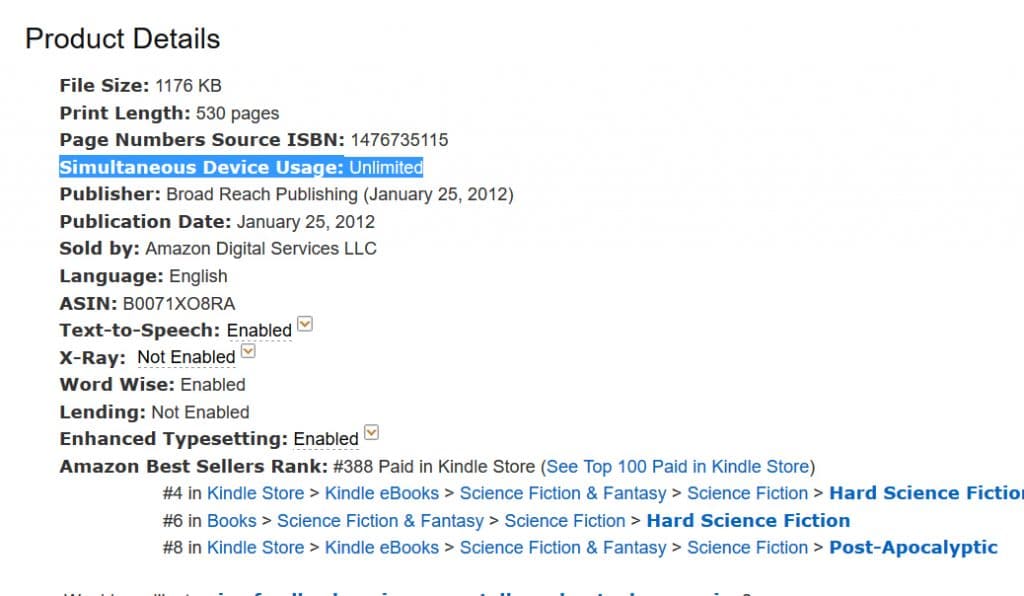 The only time when you can read the e-books on an unlimited number of devices is if it’s written by an indie author that uses Kindle Direct Publishing.

We live in a world where most readers have an e-reader, tablet, smartphone and a multitude of older devices. If you have a few favorite e-books you can quickly go above your device limit. I think its time for Amazon to increase the default limit.