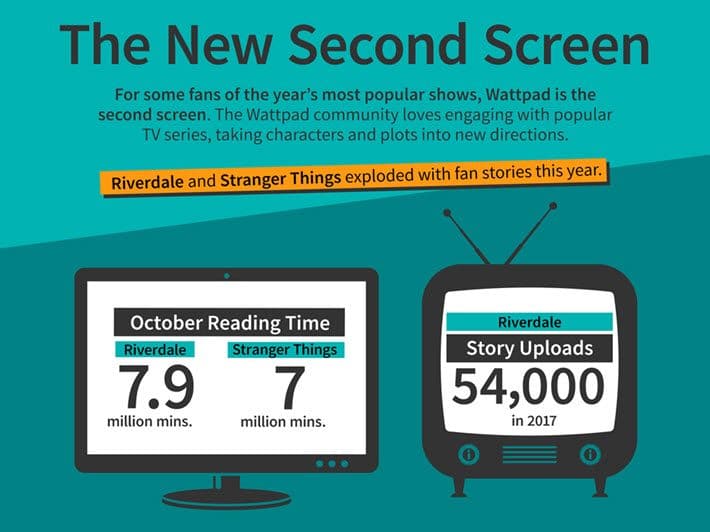 WattPad is the undisputed leader when it comes to young writers self-publishing fan fiction. The Toronto based company company released new data that looks at the most popular trends of 2017. Three of the most popular shows that spawned hundreds of thousands of fan fic submissions were Riverdale, Game of Thrones and Stranger Things. . Riverdale stood out as a fan favourite, with millions of reading minutes each month, peaking at 7.9 million minutes in October and 54,000 story uploads throughout the year. Strangers Things was also huge this fall, with 7 million reading minutes in October.

Some of the top Wattpad trends in 2017 included: