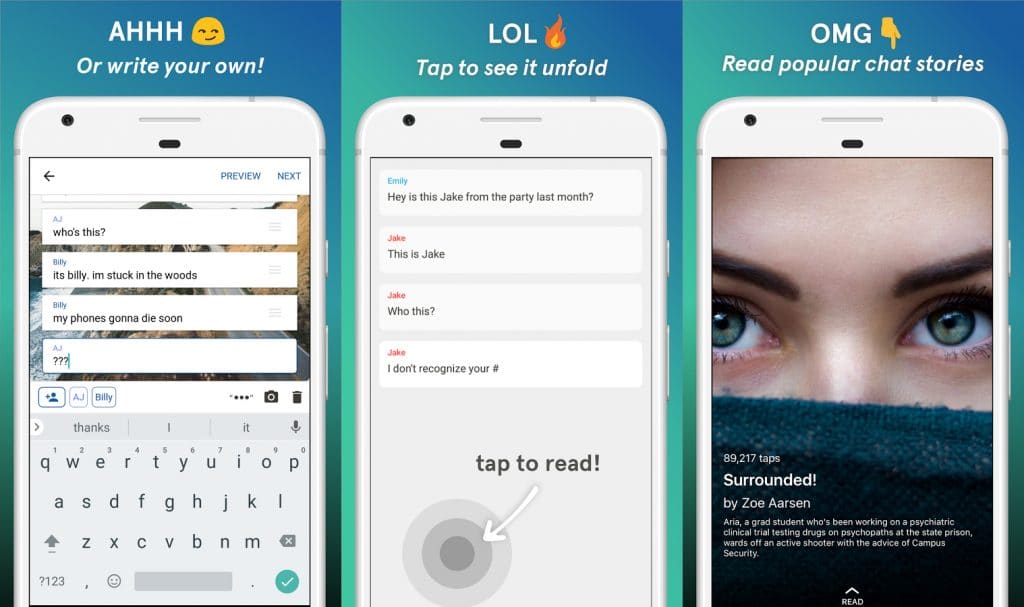 Tap by Wattpad is a free app for short, chat-style stories. The stories unfold via chat messages, as if you’re reading someone’s text conversation. You move the story forward by simply tapping to reveal the next part. WattPad is experiencing tremendous success with this new app and over 125 million Taps recorded in the past few weeks.

One of the big reasons why Tap is so popular is primarily due to the Create feature that lets people create interactive stories in a variety of languages using a combination of text, images, and emojis. Storytellers can create custom story covers and can even help set the mood for their readers by adding images to appear behind the story’s chat bubbles. As soon as a story is created, writers can share it with others on social media, through email, and text message.

Over the course of the past few months there has been a popular movement to gravitate away from e-books and embrace addictive chat-style stories. Amazon Rapids was the first major initiative, although they do not offer any content creation for the average indie author. WattPad on the other-hand firmly embraces community based content creation. Some of the most successful Tap stories include;

You can download WattPad Tap from the Good e-Reader App Store or iTunes.