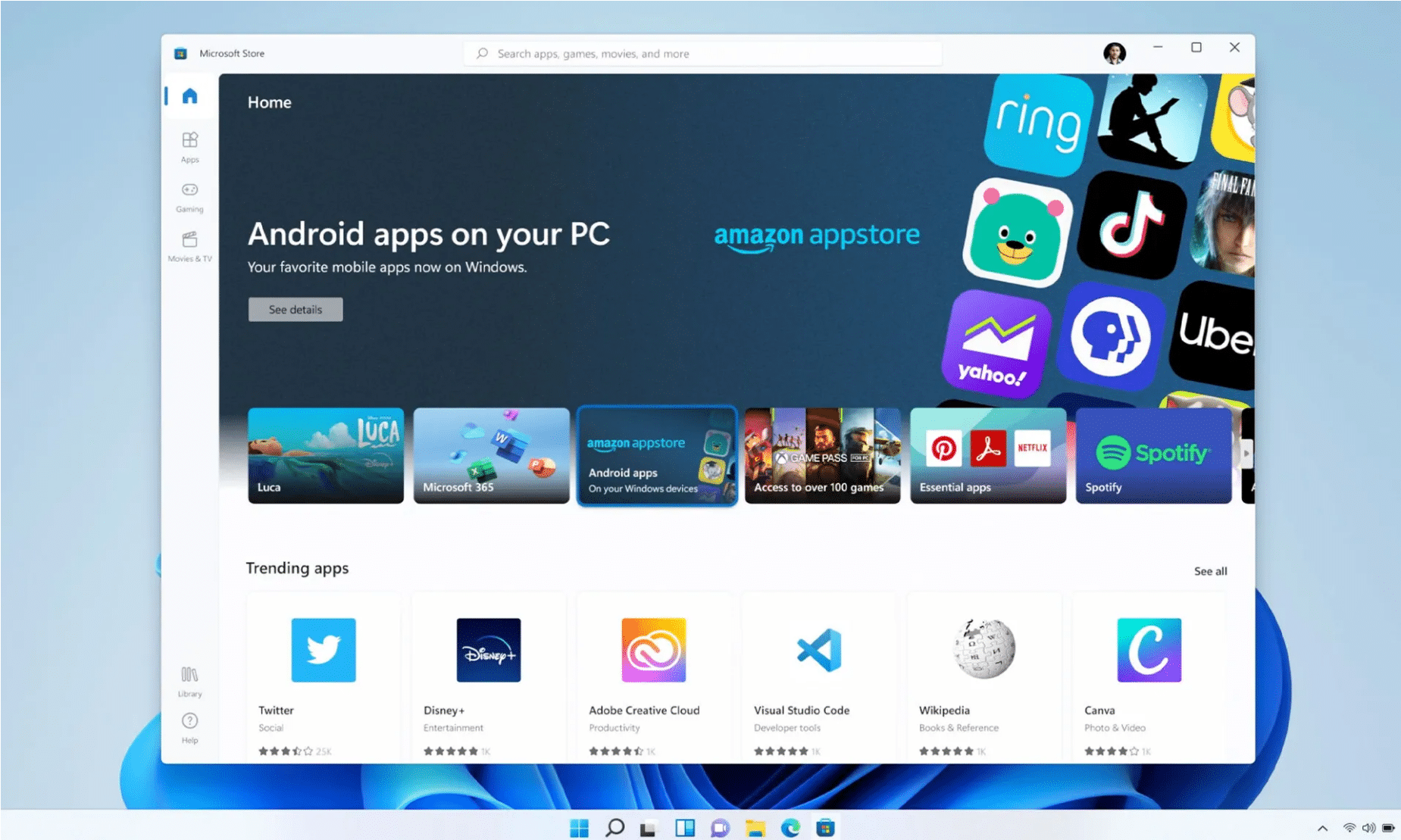 Windows 11 will be a new update available this fall and one of the most exciting developments is the Microsoft Store. It is undergoing a total redesign and it will support Android apps.  The apps will run natively on Windows 11 and will be downloadable from Amazon’s App Store, which has its own section.

Microsoft says it’s using Amazon’s App Store to bring Android apps to Windows 11. Apps will be listed in the new Windows store, and can be pinned to the taskbar or snapped alongside traditional Windows apps. Microsoft is also partnering with Intel to use its Intel Bridge technology to make this a reality, although the Android apps will still work with both AMD and Arm-based systems.

Apps will make sense for laptops, tablets and slates that are running Windows 11, they will see the most value out of this, since the apps will be natively supported and not emulated. This will allow for touchscreen interactions for apps such as e-reading apps, manga, newspaper or magazines. You will be able to swipe and gesture to turn the pages or adjust the fonts and settings with your finger. Microsoft Surface owners that have stylus compatibilities will be able to download the full Adobe Creative Suite and use Photoshop or Adobe Acrobat and sign documents.

Supporting Android apps is a bold move from Microsoft. The only time they ever released a non-windows related product, was the Duo, a dual screen smartphone. Do you guys think that Android apps from Amazon will make a big difference for adoption? Amazon’s library of apps, pales in comparison to Google.