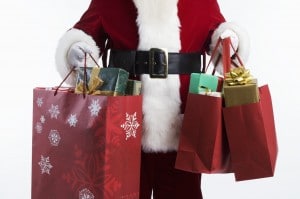 The past few holiday shopping seasons have seen a good-sized upswing in sales for the book industry, but consumers have had recent out-of-the-park blockbuster titles to purchase for their own holiday downtime or for gift giving. Books like new Stephen King and Neil Gaiman releases, and trilogies like The Hunger Games or Fifty Shades of Grey secured publishers’ and booksellers’ retail seasons. But without a mega-hit this year (coupled with a dramatically shortened holiday shopping season due to where Thanksgiving fell on the calendar), retailers are already feeling the pinch.

According to the Association of American Publishers, ebooks sales have leveled off somewhat compared to print from their earlier heyday. While this doesn’t mean they’re in decline, it does hopefully point to a resurgence in book buying to the point that print books are making a come back.

Additionally, the American Booksellers Association released its findings that bookstore purchases are on the rise, as are memberships in the organization from independent booksellers. Consumers are not only buying books, they’re buying them right in their home towns.

But without a major breakout title to line up for this holiday season, now is the time that indies–both publishers and authors–can catch the eyes of some consumers who are determined to feed their reading habits this month. Even better, holiday gifts can be saved if authors promote their works well enough to a consumer audience that has proven it has a love affair with books.