You are here: Home / E-Book News / You can now buy e-books in Thalia Bookstores 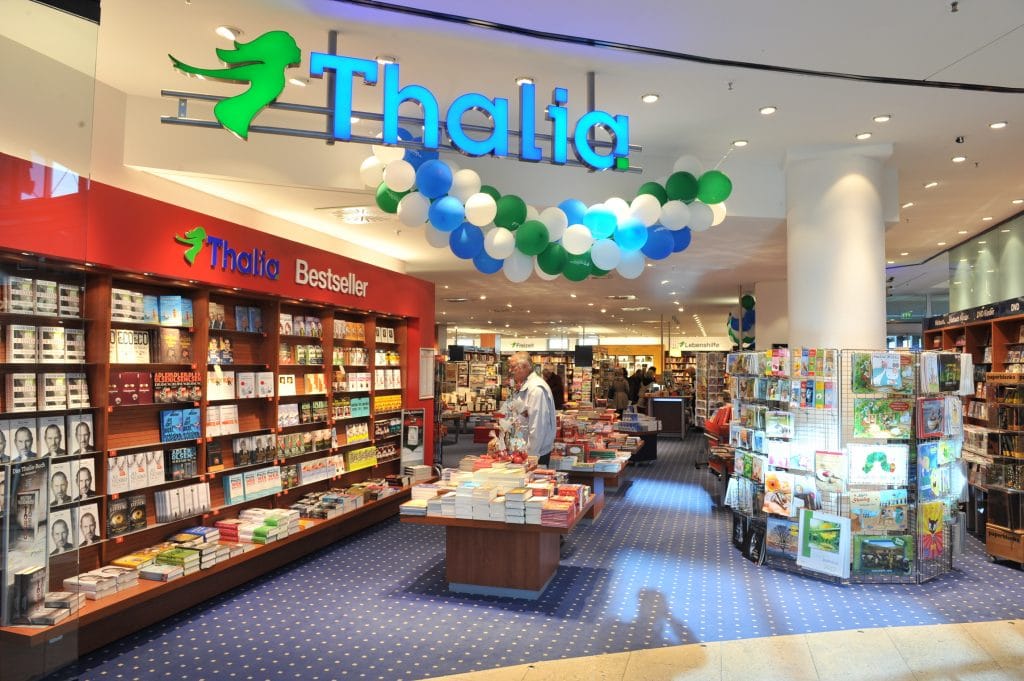 Thalia has just unveiled a bold new initiative that hopes that book shoppers will forgo buying the print edition and buy digital instead. The German bookseller now has a system where you can purchase the e-book directly from the cashier and a download code will be provided that can be redeemed online or on the Tolino e-reader. The vast majority of Thalia bookstores have wireless internet access, so all you need to do is bring in your Tolino and customer service will take care of the rest.

I think the Thalia system feels clunky because you have to know what you want to purchase and pay for it in the store. Chapters and Indigo Books has a more robust system in Canada, there are kiosks spread around the store that you can use to purchase the e-book via debit or credit card. The e-books are sent directly to your Kobo account, bypassing the need to get a code and redeeming it at a later date.