You are here: Home / E-Book News / You should update Kindle for PC right now 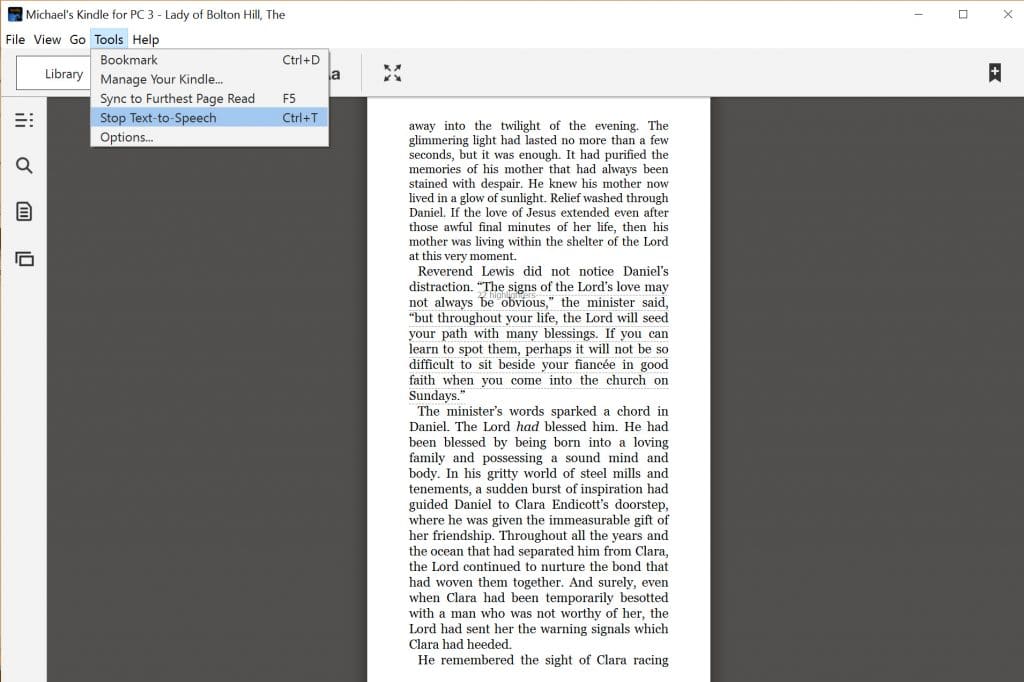 Kindle for PC allows you to manage your e-book collection and read any of the titles you have purchased on your home computer or tablet. Amazon has just issued a monumental update that includes typesetting enhancements, search improvements, and a text-to-speech feature which allows the app to read some e-Books aloud to you.

All of these new updates were made possible because Amazon no longer delivers e-books into your account with the AZW format, instead they are now sent in KFX.

There is lots of conjecture about the KFX e-book format, simply because it came out in 2016. One of the biggest factors is that it is digitally encrypted and nobody has managed to crack the DRM system, which prevents piracy. The KFX format is also “pre-rendered” to some extent, such as having hyphenation pre calculated and added to the text as either soft-hyphens or html tags. This is similar to what Kobo does with kepub. This allows Amazon to push out their new Ember and Bookerly formats and to make e-books like way better than with Caecilia.