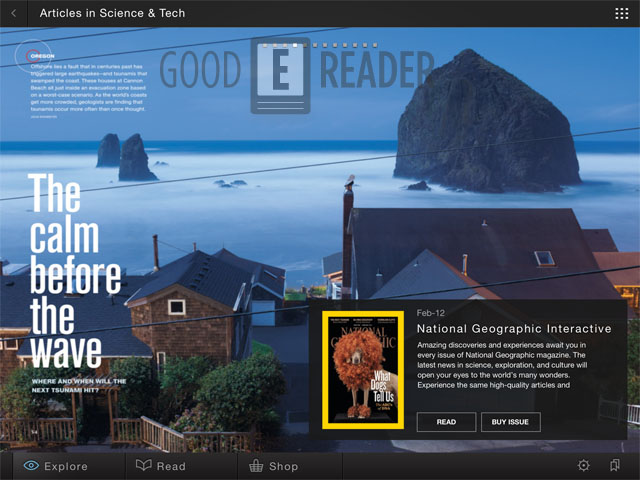 Zinio intends on taking advantage of the new iPad 3 Retina display with an update to its application in the App Store! The next installment will put the version number at 2.2.2 and it packs a ton of enhancements to give you a great magazine experience.

Apple first approached Zinio when it was a few months away from launching its initial iPad. Over the years the magazine company has been one of the most downloaded apps ever and it is mainly due to their interactive touchscreen technology and content partners.

Zinio intends on optimizing their new iPad apps to take advantage of the new high resolution Retina display found in the iPad 3. The company decided to recut the graphical icons on the app container. This makes the entire GUI and UI look very good. In talking with Zinio, we had wondered what aspect of their pipeline would change with the addition of higher resolution magazines in its ecosystem. It seems that many of the magazines sent over to them already are in fairly high quality and this will ensure that if you love the digital magazine experience you will want to either download it for the first time or upgrade it very soon.

The new Zinio app has been submitted to the Apple App Store and it should be approved within a few days. Below is a preview of of the new interface and a taste of how magazines will look on your iPad 3.