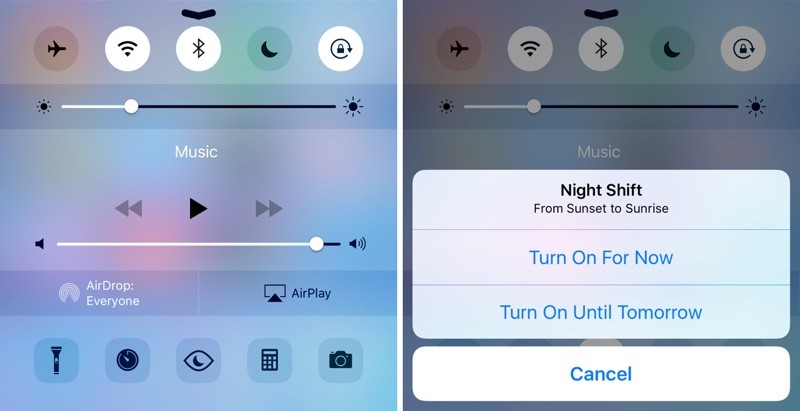 Apple has just seeded a new iOS build to developers and they have moved the Night Shift function to the Control Center. Night Shift is now accessible by swiping up from the bottom of an iOS device. Night Shift is denoted by a new eye-shaped icon in between the icons for the timer and the calculator on the iPhone. Tapping on the icon brings up options to turn the feature on or disable it until the next day.

The entire smartphone and tablet industry have been developing new software features to cut down on the amount of blue light that emits from the screen. Apple Night Shift will debut in iOS 9.3, that will be released in the next few months.