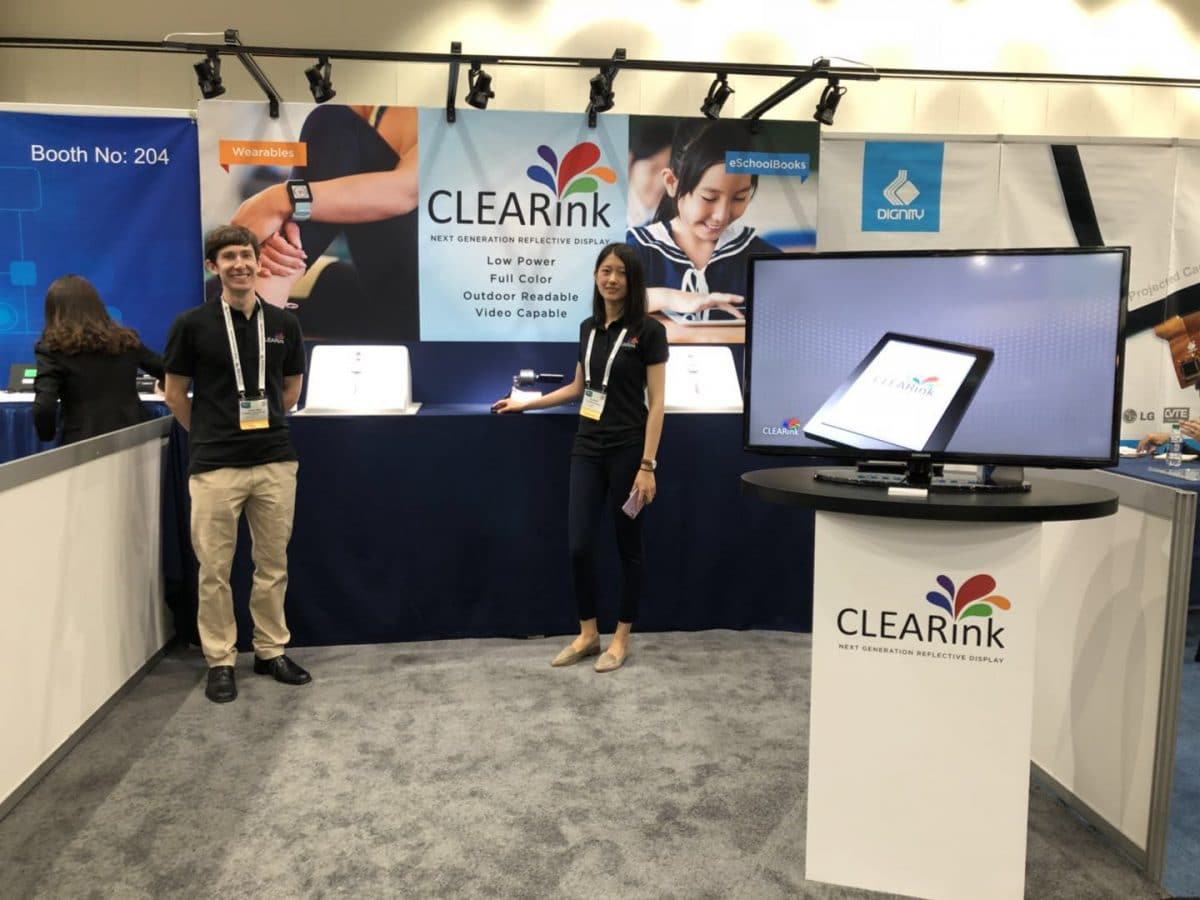 CLEARink has just received ten million dollars from an unknown company to produce 9.7 inch color e-paper displays. The CLEARink tablet displays will feature up to 50% larger form factors than conventional reflective tablets, high resolution, video and colour. The devices will be targeted at the large tablet market, where consumers today have to choose between the 1 day battery life of LCD based tablets, or the total absence of color and internet browsing capability of monochrome reflective tablets.

Clearink told me that “They will use 9.7” displays (the fab might cause us to alter this a bit, for best mother sheet optimization, as you know lot of tablets in the 10” category are really 9.7” to 10.1” including some second decimal but its all lumped into a 10-inch nomenclature), they already have most of the hardware figured out since they are already making tablets, the only new ones would be what is unique to our display technology vs what they are using now. In some ways we resemble LCD so there might be synergies but those will be worked out soon.”

“This first major supply commitment for our 2019 CLEARink tablet displays is a confirmation of the enormous progress that CLEARink has made over the last 12 months,” said Joel Pollack, Board Director at CLEARink Displays.

“Since Display Week 2017 we have been overwhelmed with demand from customers that serve the wearable and tablet markets. We have chosen this particular client because of their detailed launch plan, global appeal and unique positioning,” said Frank Christiaens, CEO at CLEARink Displays. He added “In a few years from now you will wonder why you ever accepted a tablet with a screen that you can not read outdoors.”