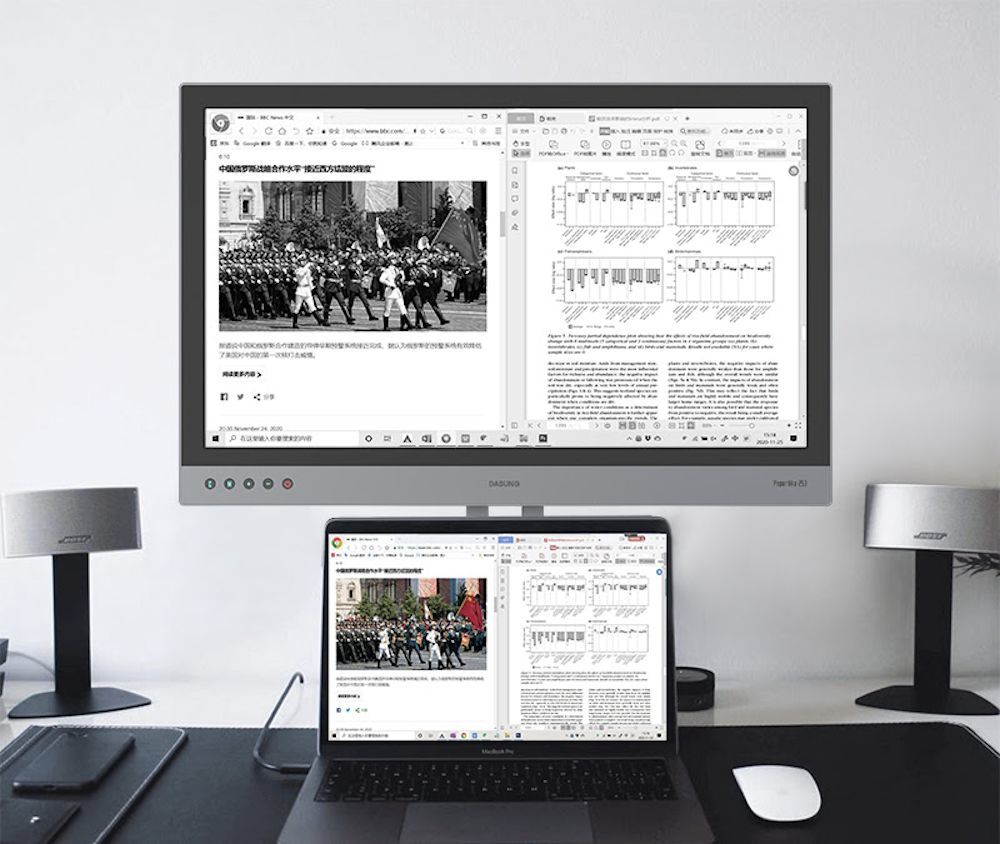 Dasung is running a Indiegogo campaign for their upcoming 253 25 inch E INK Monitor. The first batch is completely sold out and will be shipping out to customers in August. They will be taking orders on their Shopify website and will be charging $2250 USD and those orders will be fulfilled in December. It might be sometime before we actually see any hands on reviews, to give everyone an indication if this worth buying or not.

Since this monitor can act as a primary or secondary display, it opens up a wide array of possibilities. You will be able to spend hours writing, programming, surfing the internet or doing other productive things. Since it has an E INK display, it is not backlit, so there would be no lights  shining in your eyes, since e-paper absorbs light. People with vision disorders will feel right at home, and will finally be able to work, without the drawbacks of the eye strain that typical monitors cause.