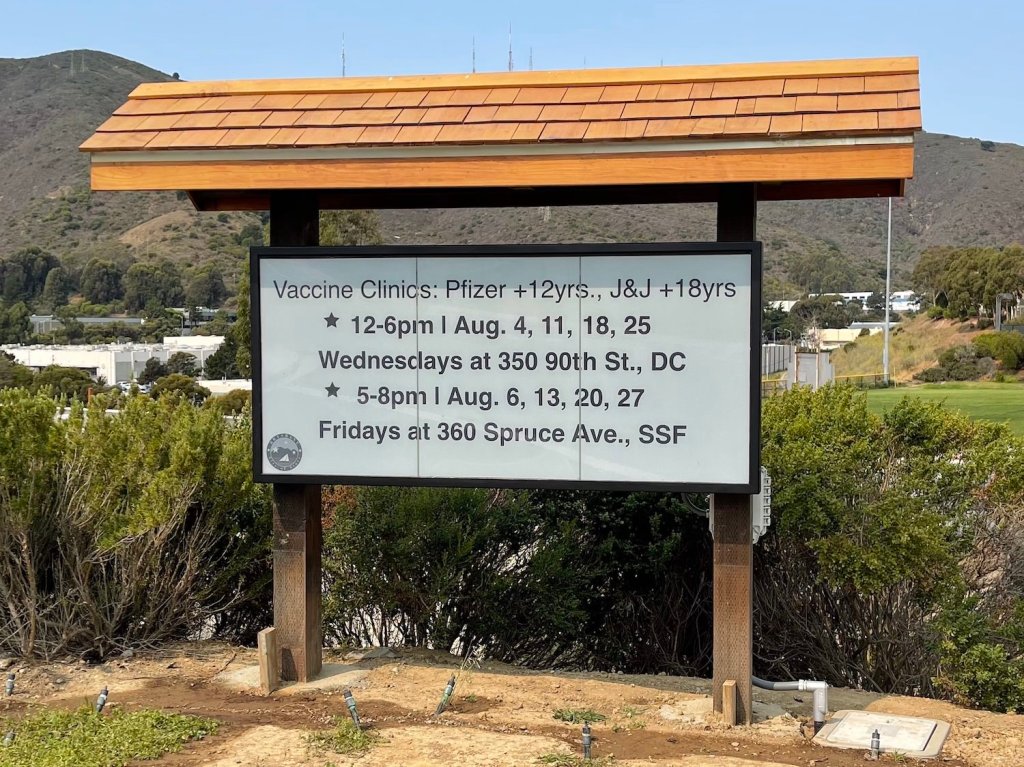 A California-based company called Digital Views that deals with LCD controller boards and display solutions has installed a large public signboard in Silicon Valley, California. Measuring 84-inches wide, what sets this signboard apart from the rest is its E Ink panel.

The 84-inch e-paper signboard is comprised of three 42-inch panels lined up vertically. As seen in the image above, the signboard can be read very clearly in the sunlight. Digital Views is calling it an ‘Ultra-Low Power Public Signboard’ because it draws about 3.5W of power in total. For scale, an LCD panel of the same size and brightness would require between 1450W and 1850W of power.

Digital Views further went on to describe the detailed power consumption of the 84-inch e-paper signboard. It is made up of four main components, three 42-inch displays, an in-house EPM-100 E Ink controller/driver, a Raspberry Pi 3B+ media player, and a 4G LTE modem.

While displaying images, the board actually consumes no power whatsoever. It only uses electricity when downloading and changing images to be displayed. If we consider the maximum power usage of all parts of the E Ink signboard based on the figures provided by Digital Views, it adds up to 23.85W. This is still a far cry from the approximately 1850W needed by an 84-inch LCD board with a brightness of 3000nits.

The California-based LCD company stated that it can actually reduce the e-paper signboard’s consumption even further by tweaking the internal parts. This E Ink signboard from Digital Views needs very less energy to run, so it is actually possible to power it with green energy such as solar and wind power.

Namerah is a freelance Technology Journalist with experience in leading online publications like Android Central. She has a passion for all things tech & gaming and has been an honorary Goodreads librarian since 2011. When she isn’t writing, she can be found chasing stray cats and dogs in the streets of Dhaka or slaying dragons in the land of Skyrim.