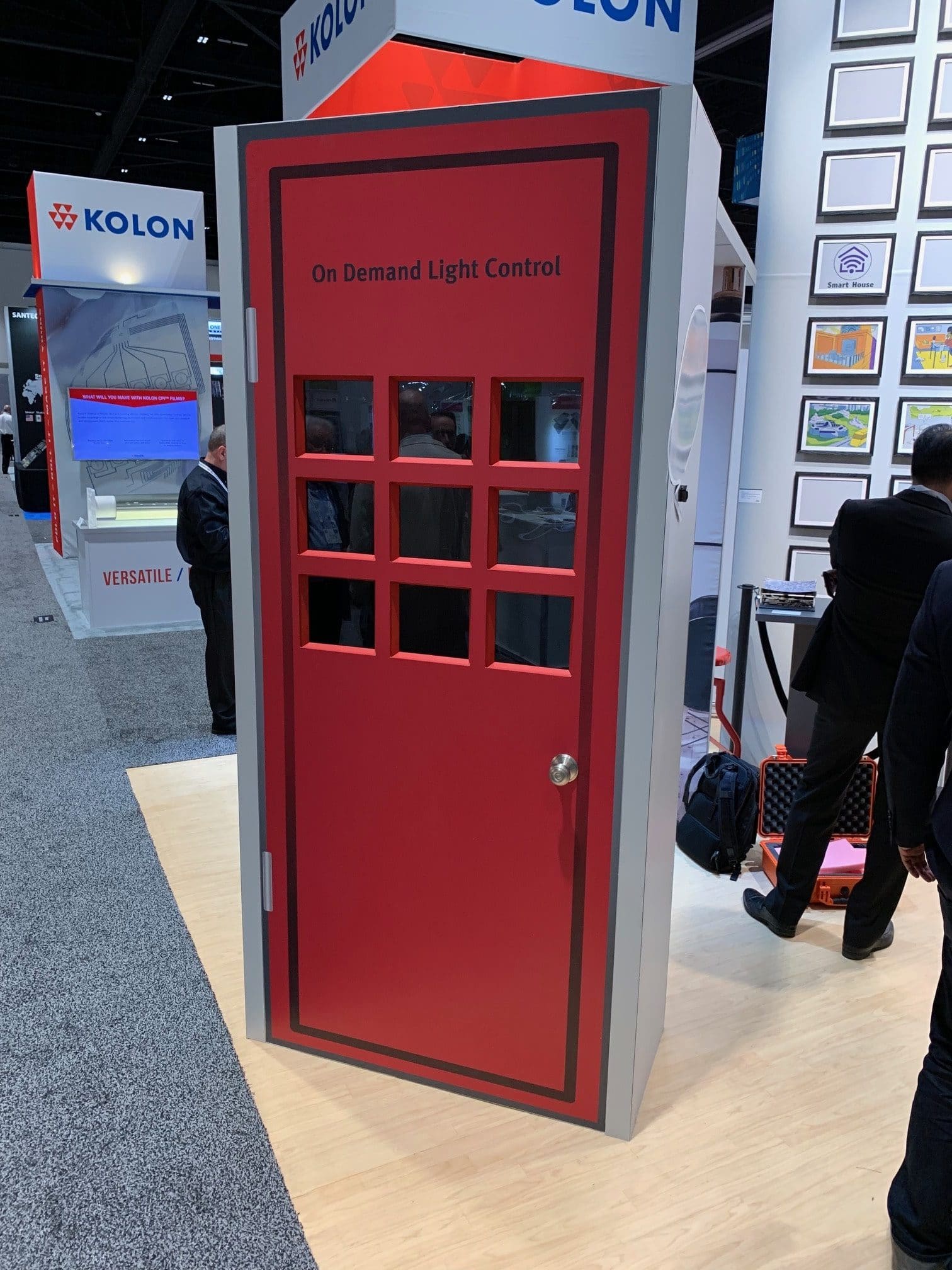 E Ink has just announced new technology called JustTint, which uses variable transmissive films. It was invented for applications across automotive, architectural, and real estate industries. Think tinted sunroofs, privacy glass and skylights – enabling partial or entire panes of glass to become opaque or partially opaque, with the flip of a switch. This is a massive breakthrough for these applications because of E Ink’s ability to accomplish it with the low power requirements that they’ve built their name on. Just like their ePaper and JustWrite technology, JustTint is bistable.

This is the first time that E Ink has created variable transmission films to be used in this manner. It will be interesting to see what type of demand there is for E-paper based privacy films. E Ink tech is notoriously pricy, so this type of panel solution in the demo costs are least a few thousand dollars.

E Ink intends on releasing a dedicated white paper for this tech soon, so we should know more in the next few days.