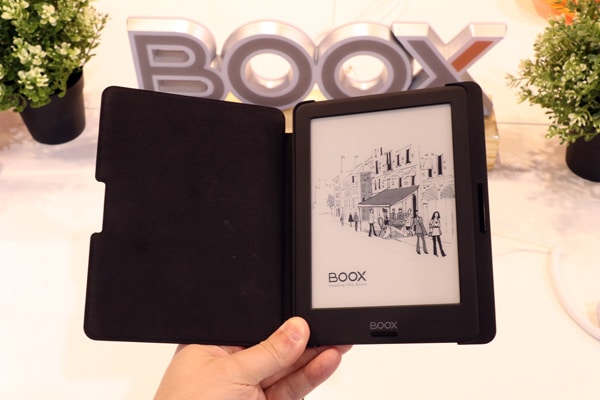 Many people in the e-reader industry have abandoned manual page turn buttons, but they might be making a comeback. Onyx Boox has developed a prototype case that has page turn buttons builtin, the concept is called Viking.

Viking is a new 6 inch e-reader with a 6 inch E Ink Carta HD screen and a resolution of 1448×1072 and 300 PPI. It is similar to the Poke that was released last year. It will have an adjustable front-light and color temperature system.

Underneath the hood is a 1.2GHz quad-core processor , 1GB of RAM and 8GB of internal storage and an SD card. It has WiFi 802.11n, Bluetooth 4.1 and a USB Type-C for charging.The 3000 mAh battery is quite respectable. 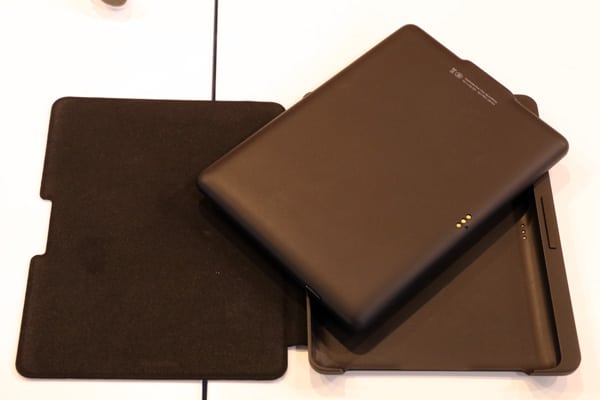 On the back of the e-reader is a POGO pin connector. The accompanied case will use this to interact with the e-Reader. The case will have a forward and back page turn keys on the right hand side that will be used to turn pages of an ebook. The cover is made of plastic on the outside and has a felt insert to protect the screen. It weighs around 85 grams.

It is very likely that the page turn buttons will only be compatible with the default reading app, but there are numerous apps on Google Play that allow you to remap specific buttons, so you might be able to use the page turn keys on the Kindle app.