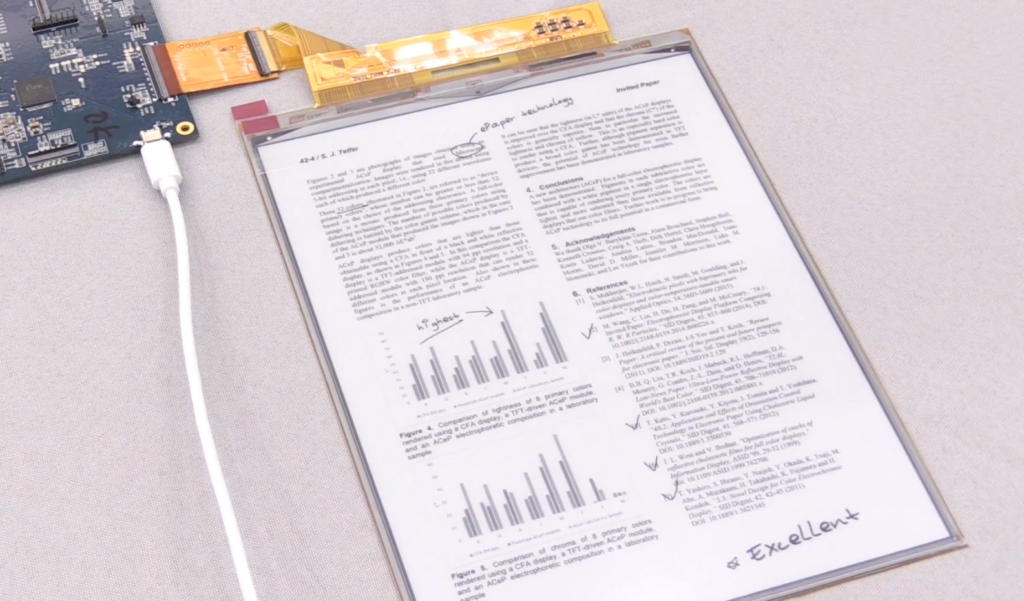 E INK has just developed a new timing controller in-house for a myriad of future e-readers. It will be incorporated into their image algorithm and waveform technologies, supporting Android, Windows and Linux systems optimized by e-paper power management. It was originally announced in late 2019, but the technology is finally ready for commercial products.

The TCON T1000 controller will provide a writing latency of 30 milliseconds in writing performance. This will provide benefits to future e-notes or digital note taking devices. The first company to employ this new tech is iFlytek, which is promoting their 9.7-inch e-notebook products built with the T1000 controller chips in cooperation with China Mobile. E INK has confirmed with Good e-Reader that they are basically focusing the T1000 for digital note taking devices right now and in the future will incorporate it into digital signage.

The main benefits of the T1000 control chip is that it has smart detection between the module and the e-paper display. It will be able to detect if the product it an e-reader, digital signage or smart devices for the medical field. It is also easier to get the entire refresh system working with Android or Windows devices, something that has only be reserved for on Linux up until this point.