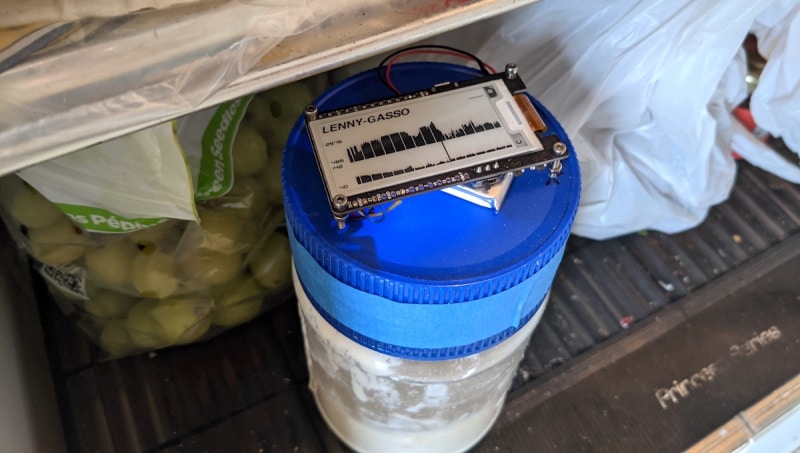 There has been no dearth of DIY use cases that the ESP32 module combined with an E Ink display has been subjected to. Take for instance how one Noah Feehan used the above to build a jar that would let her know when the flour dough is ready for baking.

All of this has been achieved with the fitment of specialized sensors. For instance, there is an SCD-30 sensor module added to the device which works to determine the temperature and humidity inside the jar. Then there is a VL6180 time-of-flight sensor that peeps into the jar from a hole at the top and measures how much the dough has risen over time.

Then there is a CO2 sensor thrown into the mix as well and which measures how much of the particular gas is produced. As it is, the production of CO2 is critical as this determines how much the dough has risen, which in turn is a measure of how soft and fluffy the finished product is going to be. A small extraction fan has been fitted too, just to be sure there is enough air drawn over the CO2 sensor. Power comes from a small LiPo battery.

All of this has been the result of almost 2 years of hard work that Noah has put into this. That said, this is still a work-in-progress thing as there are a few other improvements that Noah would like to introduce. That includes a battery life indicator along with a UI for ease of operation. Maybe there can be alerts as well that will serve to inform you when things are ready.

Noah said all of it is an open-source project with the codes available on GitHub. As such, anyone who’d like to improve on this further is welcome to do so.