You are here: Home / E-Ink, Clearink, Plastic Logic and E-paper News / E Ink Will Focus on Smart Tags in 2017 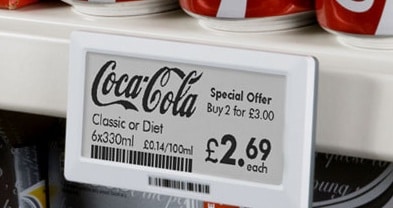 E Ink derives 70% of their revenue from e-paper display screens found on popular e-readers such as the Kindle and Kobo e-readers. In order to facilitate further growth, the company is going to be heavily focusing on smart tags for luggage and the retail sector.

In 2017 E Ink is expecting to ship between 30 million and 40 million units of smart e-tags, with more than half of those ordered primarily by European retailers, which are gradually replacing paper shelf labels with electronic versions.

“The growth momentum is to extend into next year,” E Ink official F.Y. Gan said. “The biggest growth is expected to come from the US and China. Some large-scale retailers are testing our smart tags at their stores and could begin to adopt them sometime next year.”