You are here: Home / E-Ink, Clearink, Plastic Logic and E-paper News / Here are two of the new development kits that E-Ink is selling 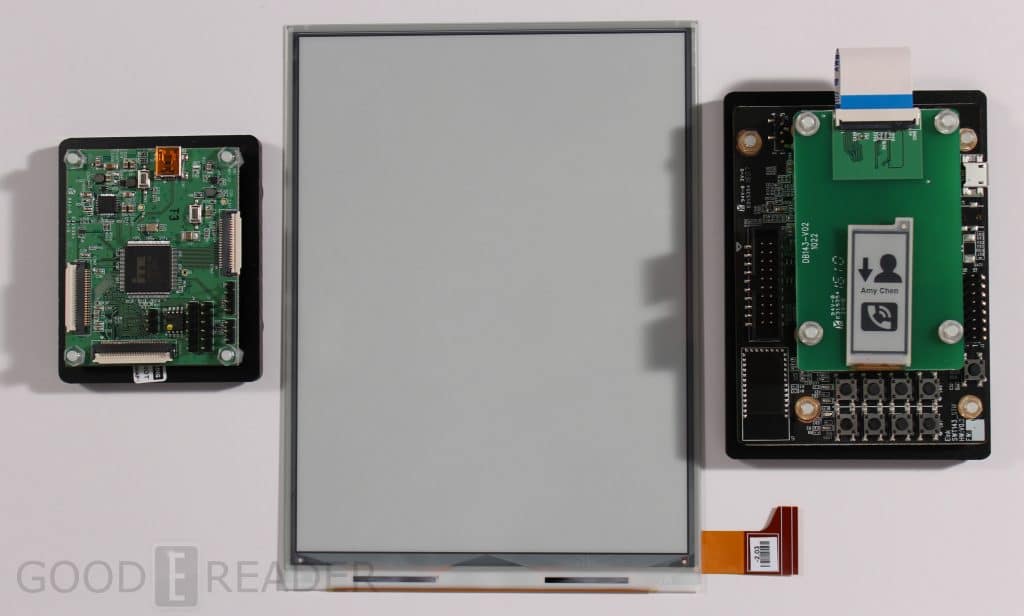 A few months ago E Ink unveiled an online store where they are directly selling e-paper displays for e-readers  and also niche segments such as luggage tags, grocery labels and smartwatches. This marks the first occasion in which E Ink is getting involved in assisting startups and developers with providing the screens they need to be able create their own products.

E Ink has sent Good e-Reader two different development kits to give you a sense on they actually send out when you pay them. We unbox a smartwatch display and an 8 inch e-paper screen and logic board. In the near future we will load customized firmware on these, so you can really understand some of the great things you can do with development kit.