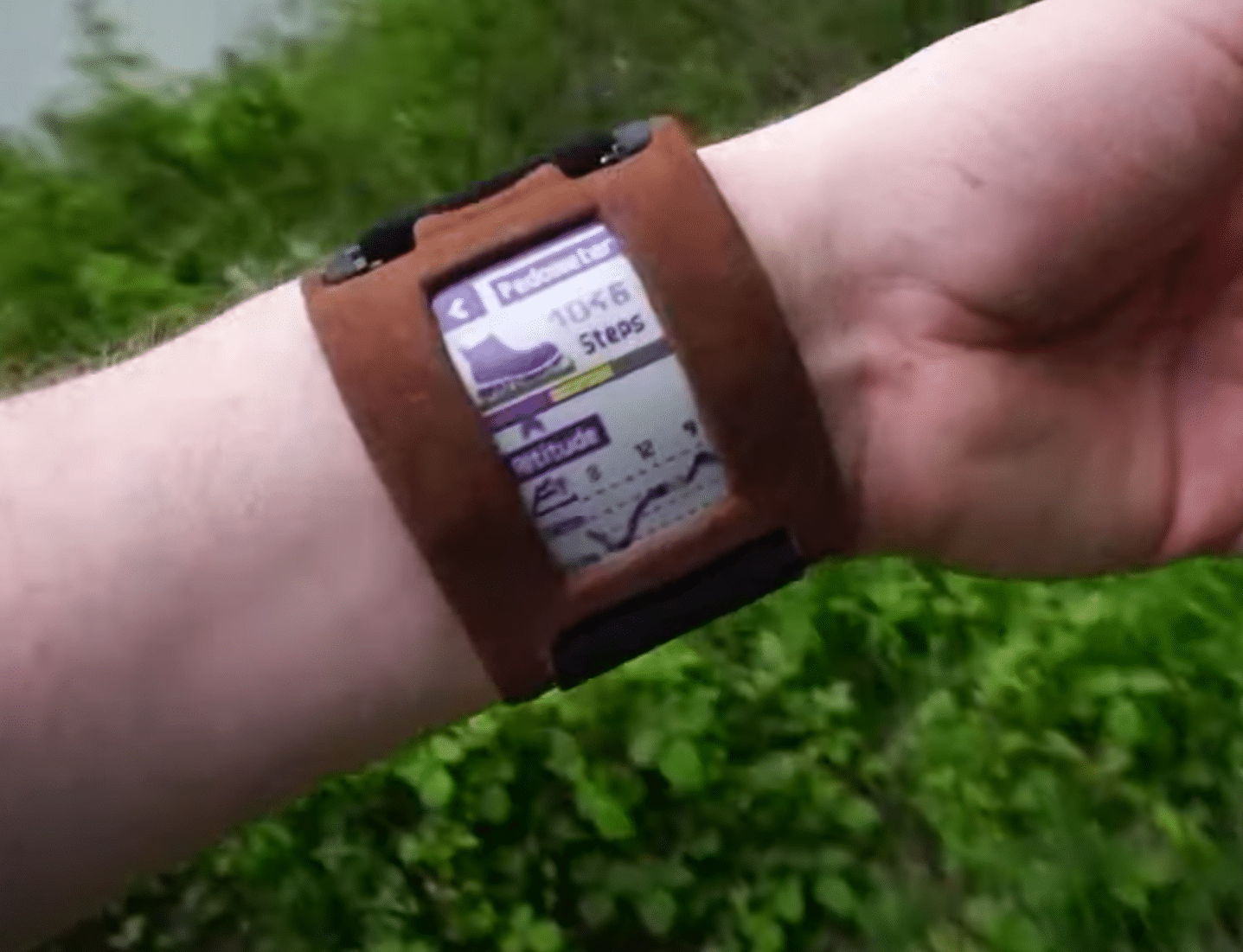 What if we could develop our own smart wearable device that we can strap around our wrists? A few smart fellows at the Interactive Media Lab at Dresden Technical University came up with just such an idea even though the entire thing seems quite rudimentary in its looks. That said, the device has its own color E-Paper display big enough to have decent sized info on display. Further, as Hackaday revealed, the display is bendable too that makes it perfect for wearing on the wrist.

Specifically, it is the Plastic Logic Legio 2.1-inch electrophoretic display that has been used. The display has been made touch sensitive by the use of three linear resistive touch strips. The three strips which act as touch potentiometers are attached to a backing sheet, with the entire arrangement placed beneath the Plastic Logic display. This makes the display ready for touch inputs even though it might need a bit of force for its operation.

Otherwise, the device employs a board that powers the EPD while the Adafruit Feather nRF52840 Sense board is used to support application and Bluetooth functionality. The casing with a curved surface is 3D printed and has slots built-in for the EPD and the underlying strips to be slipped in. Every other hardware bit is then accommodated to give rise to a working display that can be adapted to a variety of uses.

The makers even had a video released on YouTube that details every aspect of the device and the way all of it has been put together. The video also reveals the various ways the device can be put to use, which includes a way to show smartphone notifications on your wrists, show weather info, and such. 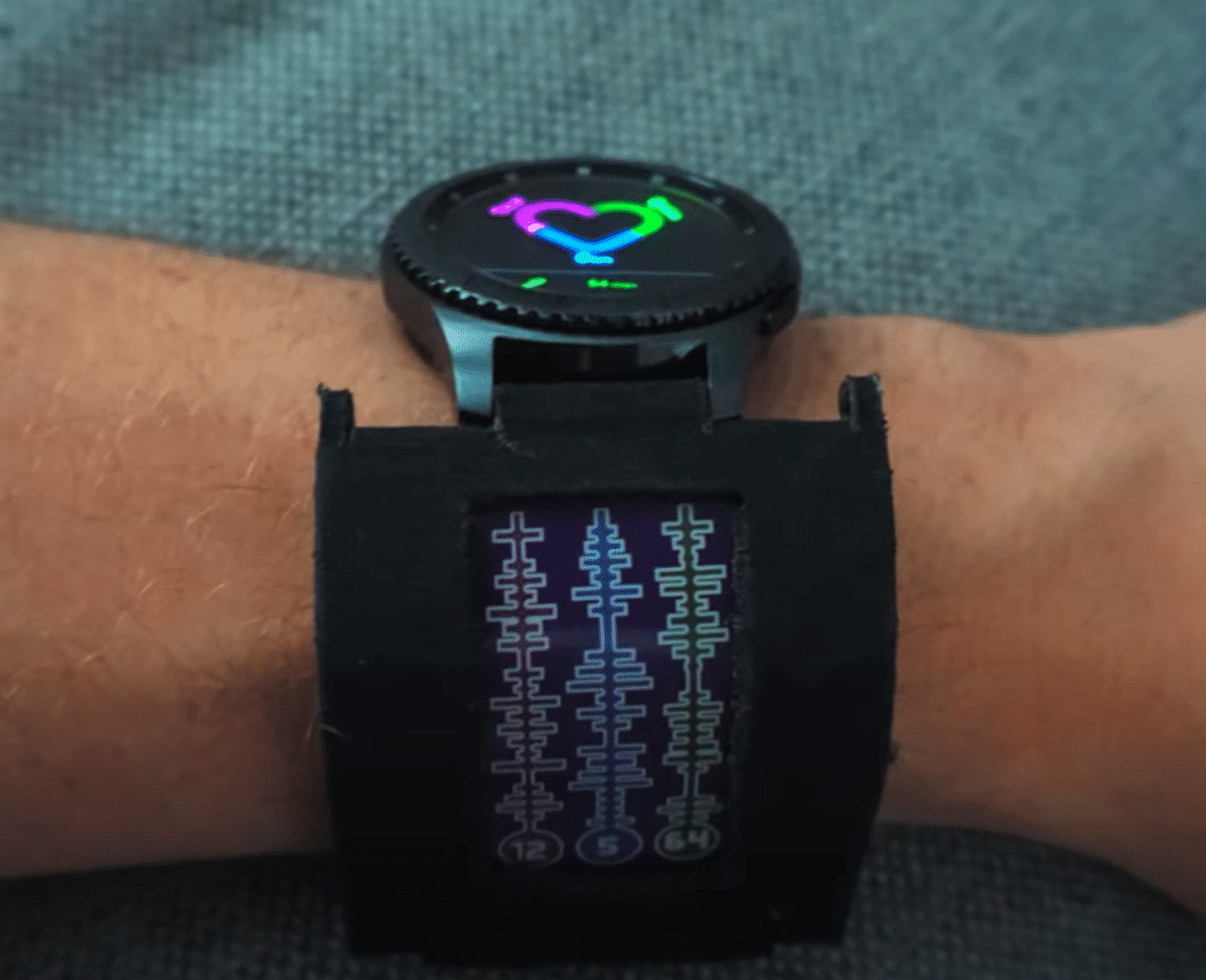 The most interesting though is the manner the display is made to function as a secondary display to a smartwatch. This way, the user will have an extended display and can elaborate on any aspect such as the graph or other statistical readings. The entire arrangement comprising of the smartwatch as well as the device might look a bit clumsy but is quite practical. On the whole, it’s something that should appeal to the DIY buffs.