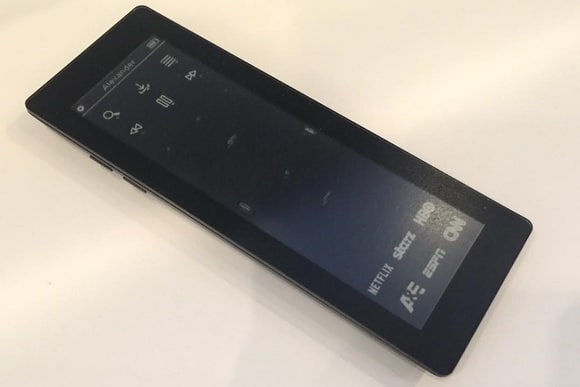 The IntuiTV streaming media console is developed by Nagra, the folks that handle the digital encryption for Dish Network and a myriad of other satellite providers. It debuted at CES this year and little is known about their business model or what type of channels will be available. One of the most interesting things about their hardware is an e-ink remote.

Traditional remotes have so many buttons that it can be overwhelming. They also require batteries, which need replacing every few months. The advantage of the e-Ink Remote, is that the options change depending on the context. You can launch apps such as Netflix, HBO or CNN at the touch of a button, instead of having to navigate around like you do on the Apple TV. One of the big advantages of E-Ink is that it draws very little power and doesn’t need batteries, it simply to be recharged every 2-3 months.