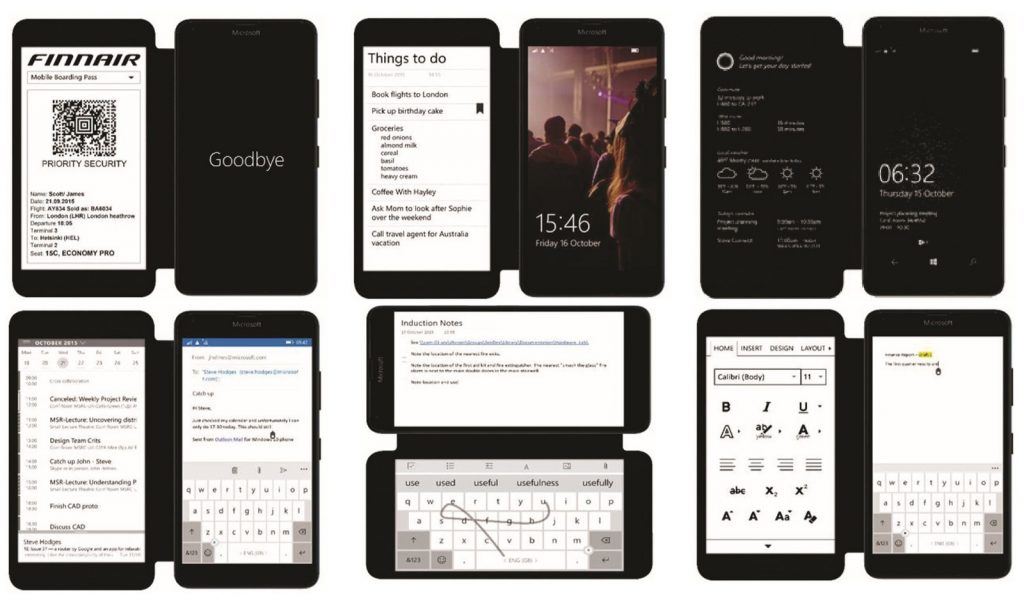 Microsoft Research has been conducting tests with E Ink for the past few years. The company has just developed a new case with an E Ink that did not include a touch-layer, Microsoft Research also envisioned scenarios in which the cover did support touch, providing additional functionality such as using the secondary screen as a keyboard, or as extra screen space for apps like Word to expand into. The secondary display could also be used for pinning important information such as tickets to a concert, the latest happenings within Cortana, and more.

Microsoft outlined their current research in a tech blog post “Our prototype uses a pre-existing flexible e-ink display module. For expediency we didn’t integrate a touch overlay; instead we incorporated five touch ‘buttons’ at the bottom of the display. The touch buttons and display connect to interface circuitry added to the rear of the phone – a Lumia 640 – via flat-flex cables which run through the flip cover ‘hinge’ along with a bend sensor. The cover itself consists of a bezel of soft-touch fabric which is heat-bonded to the display and to the rear surface of Alcantara using custom-made heated tooling.”