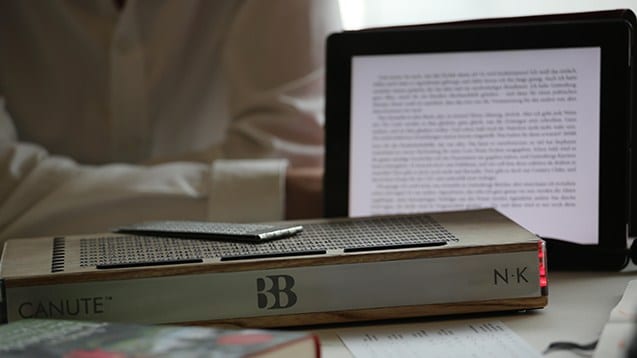 Canute is the world’s first viable multi-line refreshable Braille e-reader and has been under development since 2012. This year the company is doing public trials with a number of blind musicians. Canute can store thousands of Braille e-book files in its built-in memory and show them across 360 cells. That’s nine lines of forty cells, creating the first digital Braille display that gives true context to Braille maths, music, tabular data, science books, paragraphs and more.

The company is inviting musicians who use braille music to join them at RNIB on 16 March for an introduction to and demonstration of the device, along with performances from musicians who will learn, rehearse and perform a piece by Bach.