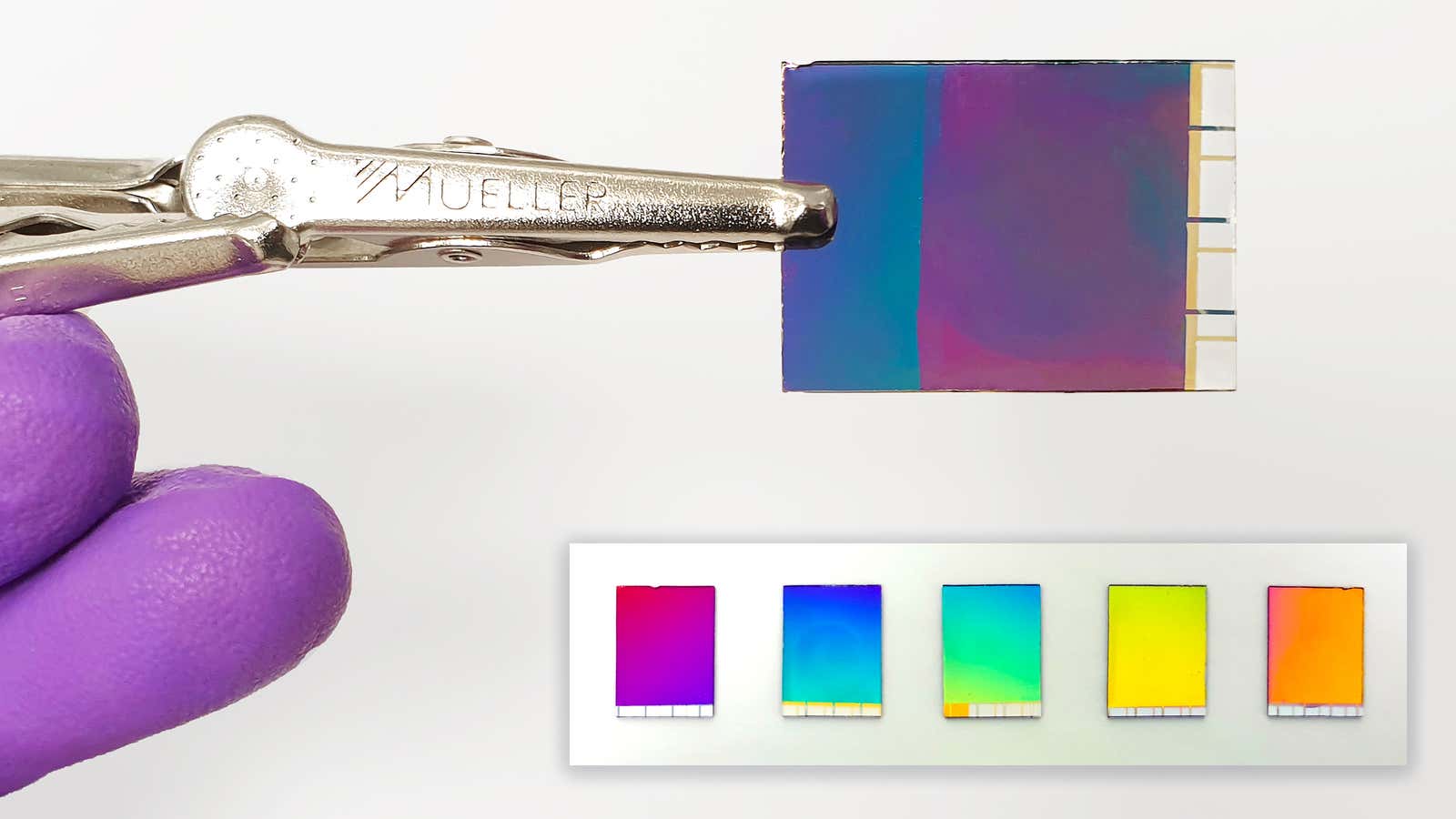 Color e-paper with the capability to reproduce colors with as much vibrancy as that of an OLED or at least LCD panel has long been the target of display engineers but has always remained elusive. Now, researchers at the Chalmers University of Technology in Sweden claim to have a solution to this in the form of an e-paper display that can reproduce as much color as an LCD panel while still being as energy efficient as an E Ink display.

The latest achievement however is a further development of what the researchers had first achieved back in 2016. That has been a display material that could reproduce as many colors as an LCD while still having a thickness of less than a micrometer, which makes it have the flexibility of a normal paper.

Another inherent positive with the display material was that it reflected ambient light similar to E Ink displays which is unlike the illuminated LCD panels. This made it as soothing to the eyes as the E Ink displays have proved over time. Further, the display was also found to use just about one-tenth the power of E Ink displays.

Five years down the line, the researchers managed to further improve with their creation simply by flipping over the entire thing upside down. This led to the display having even better color accuracy and fidelity. With the display made of several layers, flipping it over made the conductive layer that allowed electrical transmission to lie at the bottom while the porous layer remains on top.

Now, the porous layer comprises of materials like tungsten trioxide, gold, and platinum which act to emit different colors when light is incident on it. The conductive layer in turn allows the display to refresh itself similar to LCD panels when electric charge flows through it.

So far so good though there still are challenges to mass-produce the display, and that has much to do with the use of such exotic materials as gold and platinum in its making. Current E Ink displays are cheap enough for the e-reader devices based on it to be priced at less than $100. Achieving a similar price point with the latest display would be near impossible, that is unless the researchers are able to reproduce the same display characteristics using cheaper materials.

On the whole, it still is a work-in-progress thing, and it will be highly interesting to see if the researchers are able to make the display productive enough. Else it would remain as just a prototype with a lot of potential but not conducive to actual market implementation.