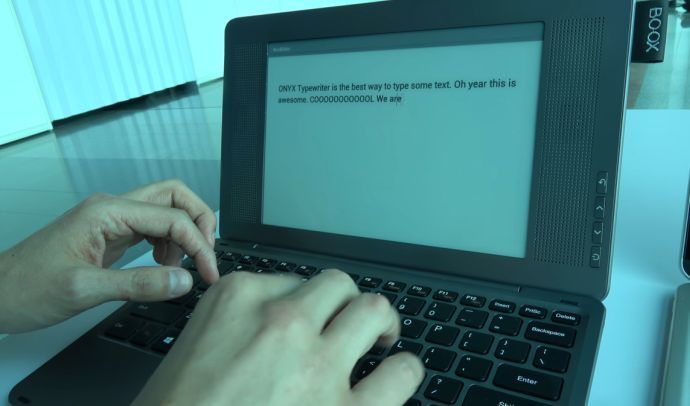 Onyx debuted an E-ink typewriter in April and called it the Boox Writer. It had a detachable keyboard that allowed users to write and also featured pen input, so you could sketch on the screen. Onyx has confirmed with Good e-Reader that they are suspending development on the Boox Writer and it will not be turned into a commercially viable product.

There was obviously a clear lack of interest in an E-Ink typewriter. The docking station was connected via Bluetooth and latency was an issue. It is very likely that the new Onyx MAX PRO2 and Note with HDMI to act as a secondary screen was a prime factor in the typewriter being killed off.